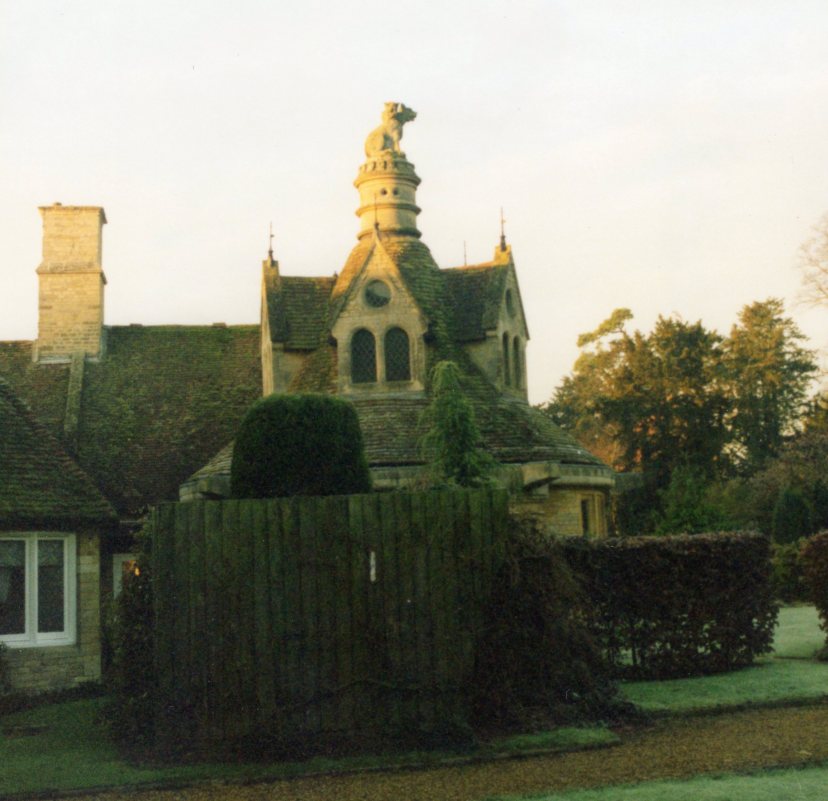 The view from my bedroom window. Gayhurst House, Buckinghamshire, 1998.

Sue’s Word of the Week is roof, and – well I just couldn’t resist. This really was the view from the flat I lived in in Gayhurst House, near Newport Pagnell in England.

I’ve blogged about Gayhurst elsewhere, so I’ll be brief here. The building in the picture was originally a servant’s toilet block, constructed in the 1840s by a former tenant of Gayhurst, Lord Carrington. Somewhat eccentric, Carrington was apparently obsessed with plumbing. This led to the installation of an unexpectedly large (for the time) number of toilets around the house including this –  highly unusual one for his male servants. A History of Gayhurst describes it thus:

… the male servants were provided with a remarkable five-seater lavatory in a circular building which still stands behind the house, surmounted by a carved figure of Cerberus, the three-headed dog that guards the gates of Hades.

This building is now fully attached to the main house and is the living room of one of the apartments.

Thanks to Sue Llewellyn at A  Word in your Ear.