Dwarfed: visitors to the Great Court at the British Museum

The British Museum holds  one of the biggest collections of material relating to human history and culture, with a permanent collection of over 8 million items. Around one percent of the collection is on display at any time, despite the fact that the museum is physically one of the largest in the world – covering an area of around 92,000 square metres.

Inside the Great Court is the Reading Room of the British Museum.

The Great Court at the centre of the Musuem is the biggest covered square in Europe. The circular Reading Room used to be part of the British Library until that institution was moved to a new building nearby.

Big; just a few of the books inside the British Museum Reading Room.

Since the Reading Room became part of the Museum, it has been opened to the general public. Before this, one had to register for a Reader’s Card to gain access to the library’s enormous collection. Karl Marx, Mahatma Gandhi, Virginia Woolf and Oscar Wilde all visited and worked there. 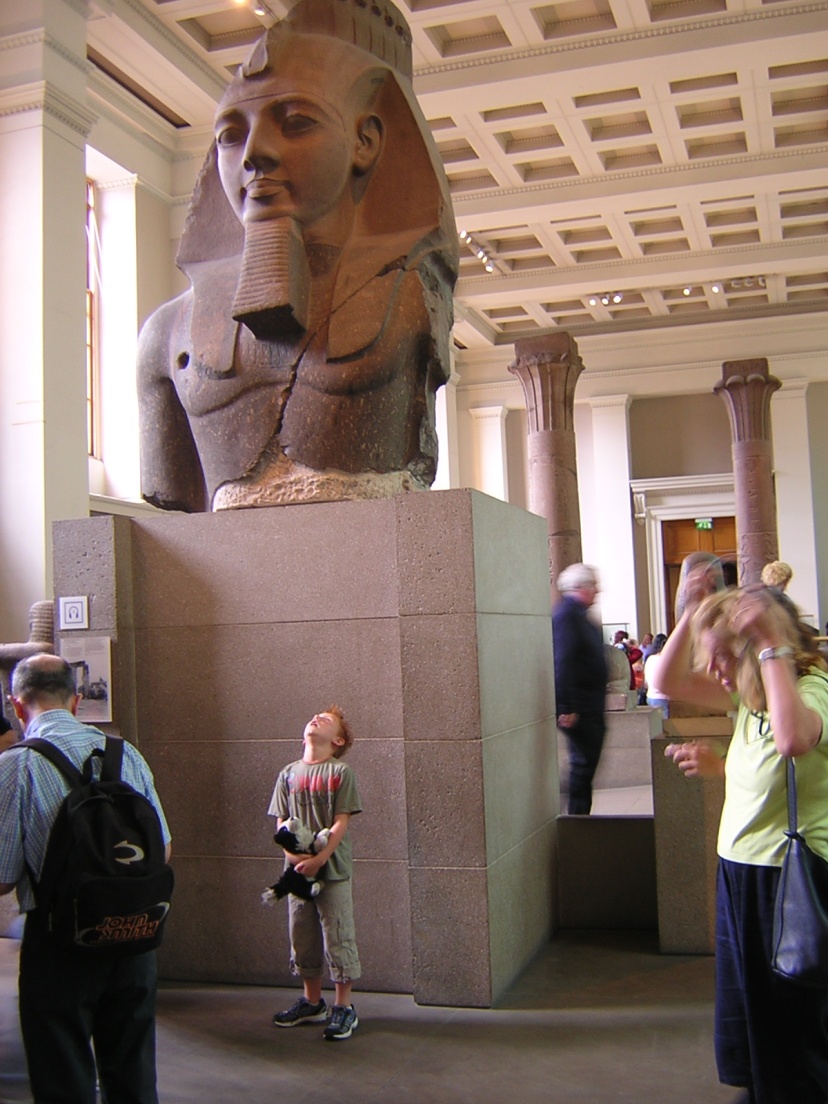 Dwarfed #2: the boy-child meets the boy-king.

Thanks to Ailsa at Where’s my Backpack for this week’s travel theme: big