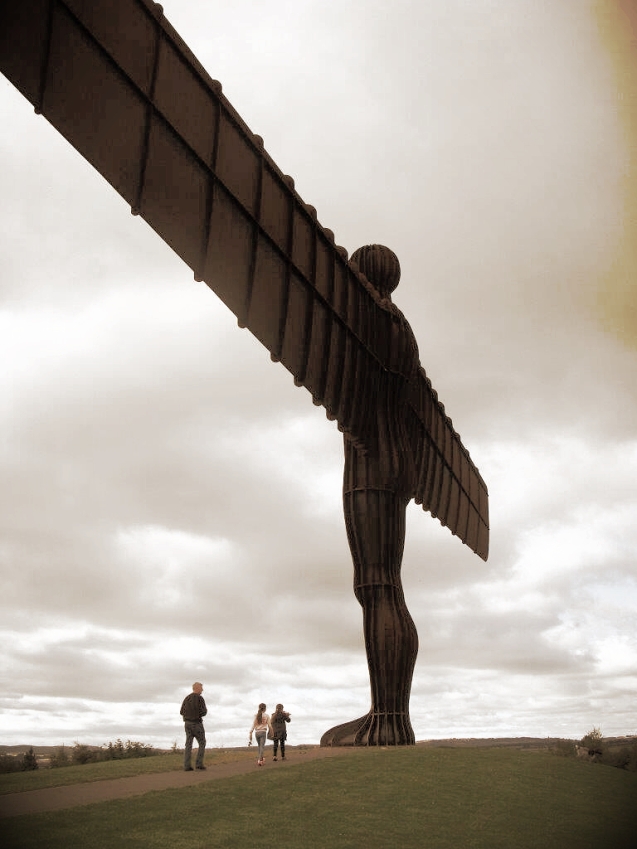 Not so much short as teeny against The Angel of the North. Photo: Su Leslie 2013

I’d wanted to see the Angel of the North for such a long time that it was a reason in itself to spend a couple of nights in Gateshead.

My hotel experience there was less than wonderful (10 Things Tuesday: little things that I’ll remember about being in the UK) so I was short in temper by the time I got to the Angel. Despite this, and the overcast weather, I couldn’t help but be awestruck and cheered by this wonderful sculpture. It’s location is so mundane – on the edge of a housing estate in a layby off the A167 – and so magnificently appropriate.

Along the fence marking the Angel’s site off from surrounding land, people have placed balloons, cards, flowers and other tributes of dead friends and relatives. I’ve seen similar things at the site of road crashes, but I really loved the way these seemed to be asking that The Angel watch over their loved ones.

I only spent a short time at The Angel of the North; but it was time well-spent.

This post was written for the Travel Theme at Where’s my backpack? You can see Ailsa’s original post here, or click on some of the other “short” posts I’ve enjoyed: