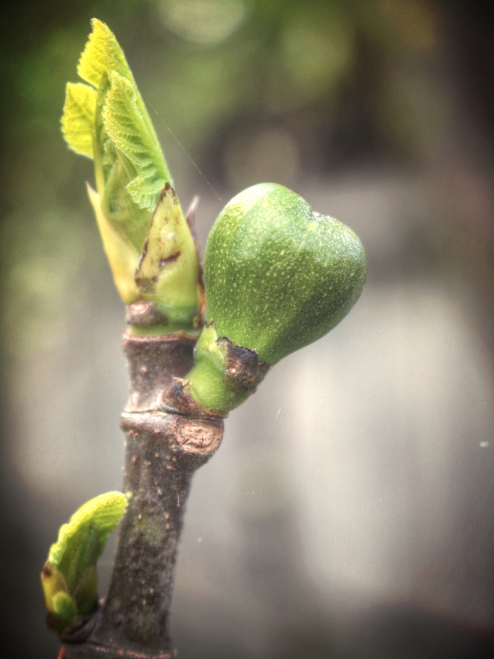 The figs are beginning to appear on my tree. Photo: Su Leslie, 2015

Fruit is a common metaphor in the language of change and progress. We talk of plans “coming to fruition”, and of ideas and movements “bearing fruit.” The underlying imagery is of good things growing from small beginnings. I find this comforting right now. Thinking about the issues facing our world — climate change, war, inequality, rampant corporate greed (to name a few)– makes me incredibly depressed. Yet at a personal level, in my daily life I experience compassionate, generous people doing their best to live a good life and tread lightly on our Earth. Sometimes, these good people come together, to work for larger goals. Sometimes, that’s enough to bear good fruit.

This post was written for Ailsa’s Travel Theme at Where’s my Backpack. The title is from the Paul Kelly and Kev Carmody song of the same name.

From Little Things Big Things Grow tells the story of how the Gurindji people of the Northern Territory of Australia sparked that country’s indigenous land rights movement. What began as a labour strike in 1966, became a much wider issue, and eventually resulted in an Act of Parliament granting title and some control over traditional lands to the local Aboriginal people.