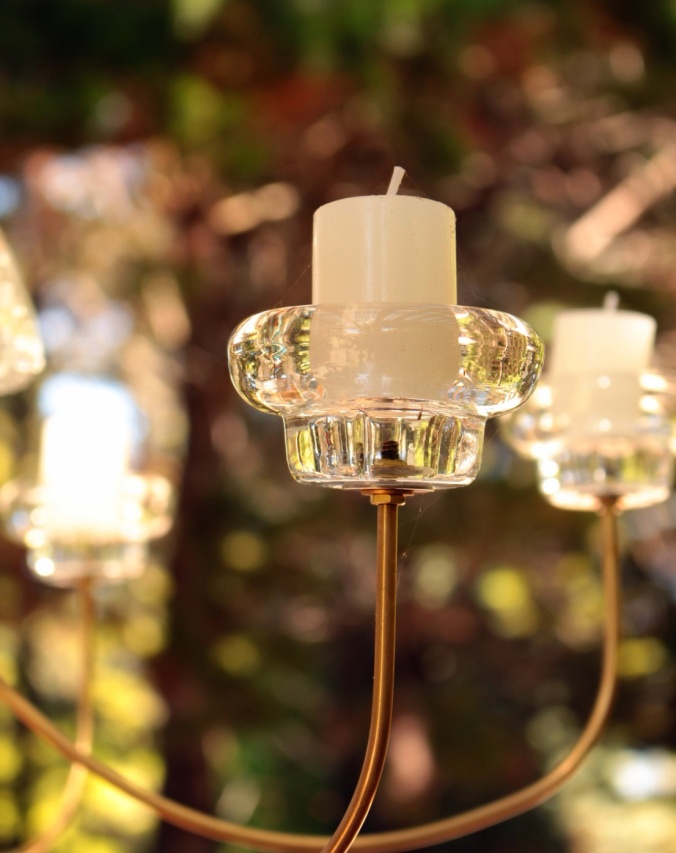 Serendipity! There I was, trying to write something wise and thoughtful about New Year, when I found the post below — Reflecting on Reflection.

This captures my ambivalence about the event that we call New Year, and particularly the social frenzy around reflection and renewal. It’s not that I don’t believe in those things — more that I don’t want an arbitrary date to determine my personal stock-take.

For many New Zealanders — especially young adults –New Year is celebrated at beach resorts with friends and acquaintances and large quantities of alcohol. Injuries, sickness, fights, sexual violence and general risk-taking are all part of the package. It’s as though people must drive themselves beyond excess because tomorrow, January 1, is the ultimate “new day.”

I have come to see that every day is a new day; a chance to make a difference to our own and someone else’s life. And that’s the thought I’m carrying forward to January 1 2016.

To everyone who visits, reads, follows and shares their thoughts and wisdom on this blog, I wish you much happiness, love and the fulfillment of your dreams in the days, weeks and years ahead. 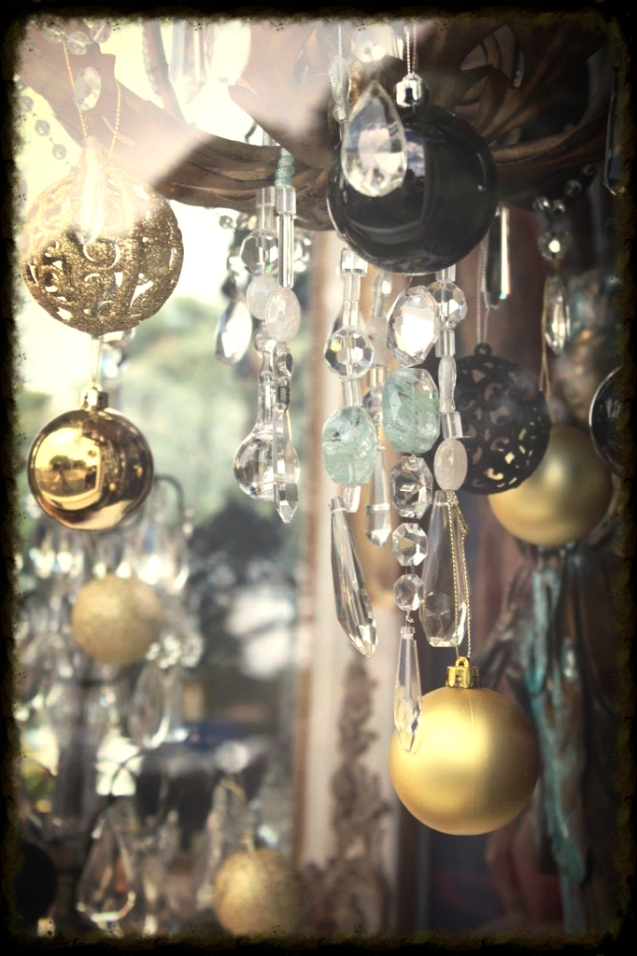 Sometimes reflection offers us more than we can hope to deal with. Photo: Su Leslie 2013

“Reflect” is one of those words that has both physical and metaphysical dimensions. At one level, we’re talking about the action of light on a surface:

1. To throw or bend back (light, for example) from a surface.

2. To give back or show an image of (an object); mirror. [The Free Dictionary]

b. To express carefully considered thoughts [The Free Dictionary]

At this time of year there seems to be a social expectation of reflection and renewal. From a wholly arbitrary point in the way we measure time – midnight on December 31 – we extrapolate a metaphor of change and (usually) improvement. Newspaper and magazine articles tell us how…

Like Sally and Raewyn (decocraftsdigicrafts),  I’m using this last post of the year to Sally D’s Mobile Photography Challenge  to look back at some of the images I’ve shared in 2015.

There are definite themes that emerge; my growing fascination with the minutiae of the natural world, my frustration with neo-liberal political and economic systems that devalue both human life and the earth upon which we depend, and a growing interest in the interplay between memory and image. And of course art; particularly sculpture. This last has also provided an excuse to indulge in another love — travel — taking me to Wellington for LUX Festival of Light, Gibbs Farm on the Kaipara, and Sydney for the Sculpture by the Sea exhibition at Bondi. 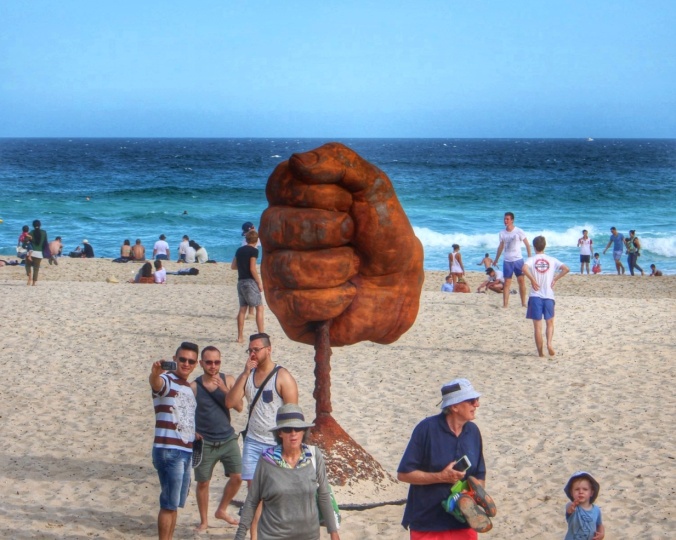 At Bondi, I noticed an alarming number of visitors treating works of art as little more than backdrop for selfies; this became the basis of my post Putting yourself in the picture: how to experience art in the 21st century.

A rainy day visit to the monumental sculptures at Gibbs Farm left me feeling renewed and awed at the juxtaposition of art and landscape (Art in the Outdoors: a vigorous antidote to melancholy)

My friends Turtle Donna Sarten and Bernie Harfleet took their beautiful and thought-provoking work Feed the Kids Too to Wellington’s LUX Festival where it proved once again to be a hit with visitors. 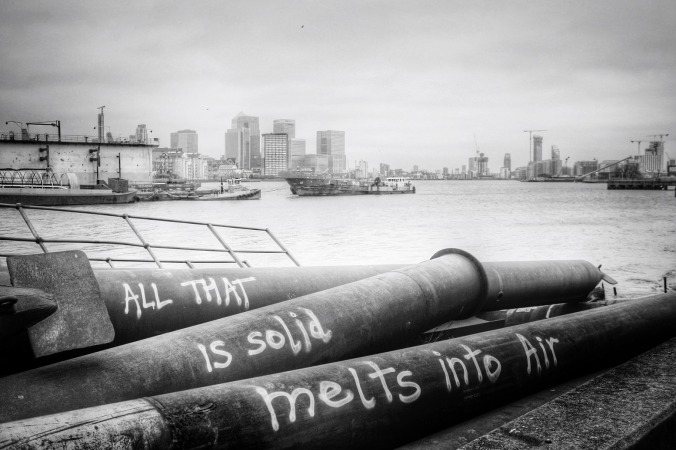 Marx’s “all that is solid melts into air” graffiti’d onto rusting pipes beside London’s Thames provoked a piece on urbanisation and unchecked growth — a theme I had already visited in an earlier challenge — On the Half-Gallon, Quarter-Acre Pavlova Paradise.

High density housing on the city fringes. Far from the “Kiwi quarter acre” and beyond the means of many. Photo: Su Leslie, 2015.

Politics was never far from my thoughts in 2015, as the Big T and I joined many thousands of people around the world protesting at the proposed TPPA agreement. 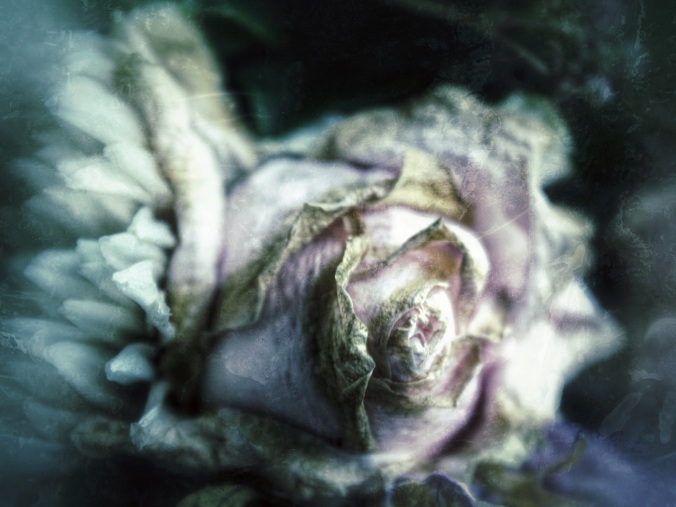 Photo-editing as a tool to explore the relationships between image, emotion and memory became increasingly important to me, as I began to focus on the natural world and my place in it.

Surprisingly warm for the time of year; the boy-child testing the water. Photo: Su Leslie, 2015

And sometimes I managed not to over-think and seek deeper meaning. Sometimes, I was able just to enjoy the moment and the images that captured that moment — particularly when it meant spending time with my son.

To Sally, many thanks for hosting this challenge. Thanks too to everyone who takes part and makes the experience so interesting, sociable and rewarding.

Wishing you all a very happy new year. 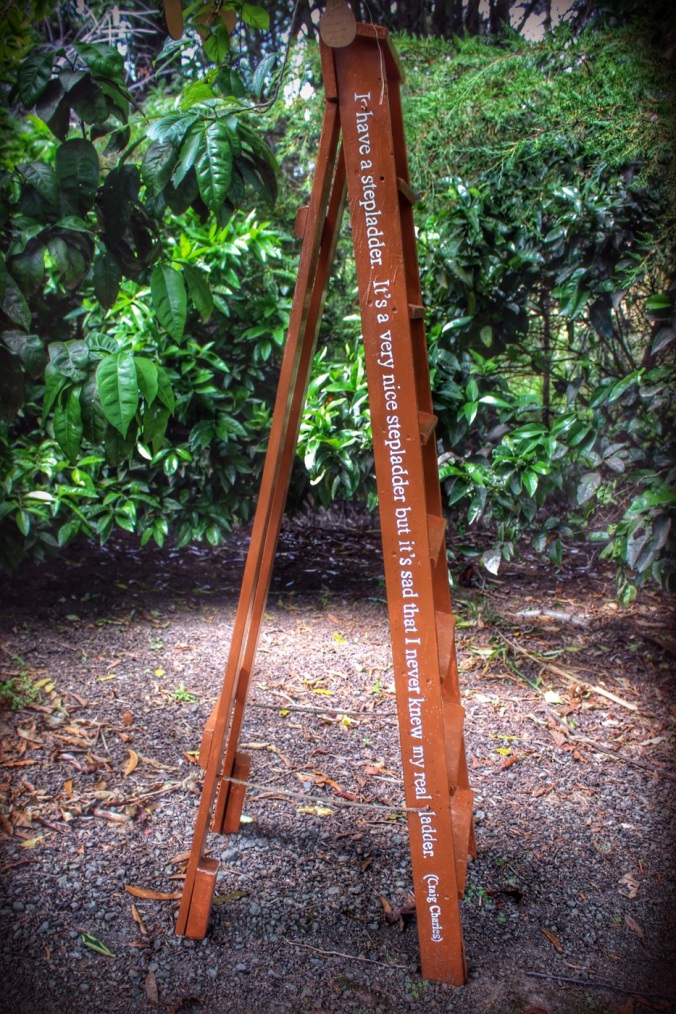 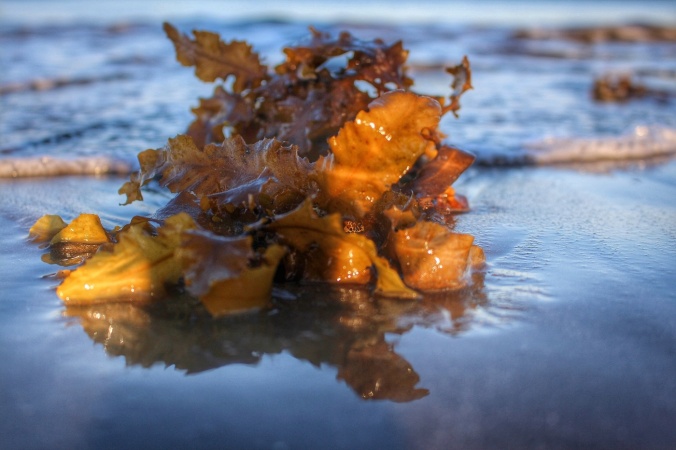 The tide gives, and the tide takes away again. Image: Su Leslie, 2015 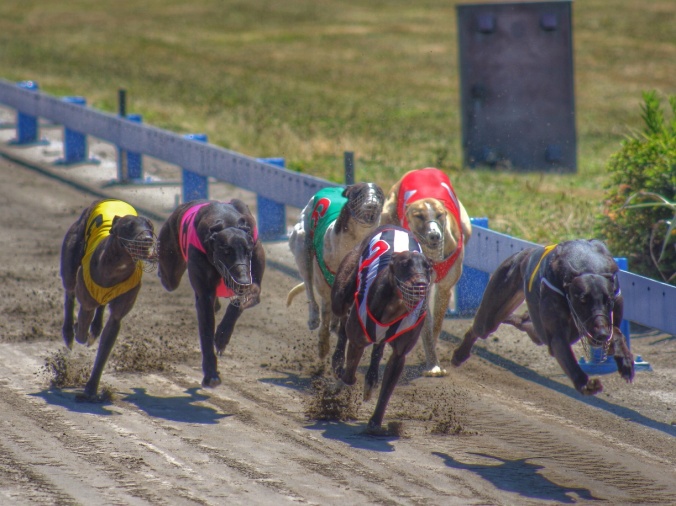 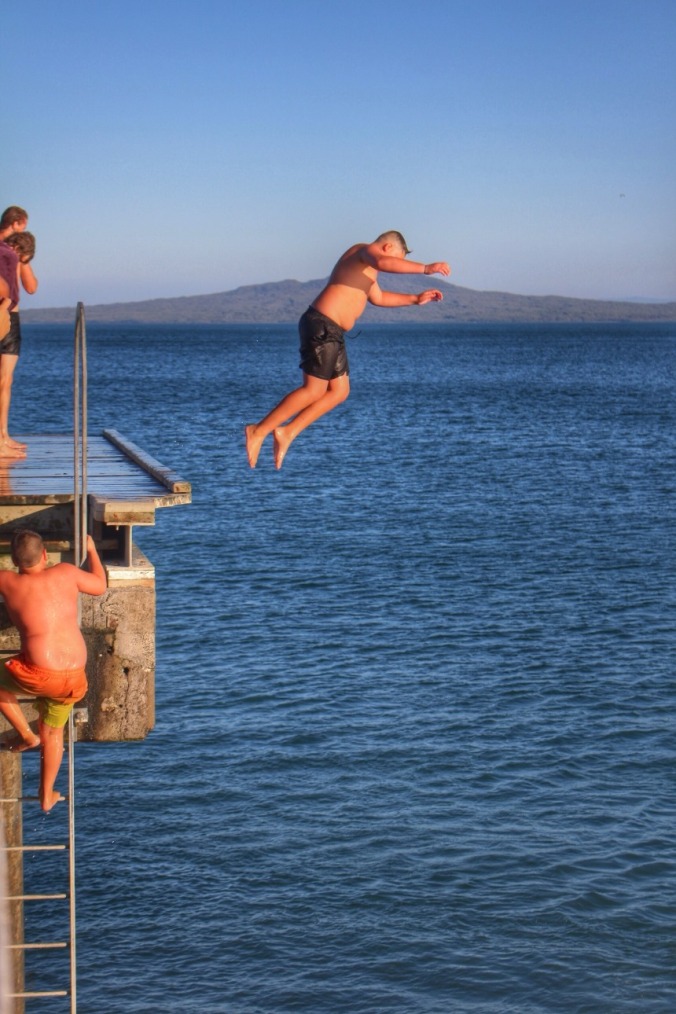 Cooling off at the end of the day. Boy jumping from wharf, Murray’s Bay, Auckland, NZ. Image: Su Leslie, 2015 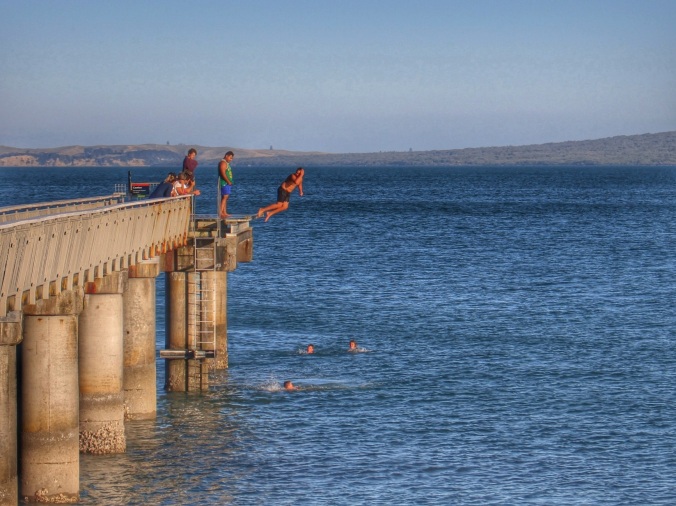 The stress of Christmas is over, and the Big T is properly on holiday for two weeks. The sun is shining and we’re enjoying the freedom to spend our days as we please.

Nothing is worth more than this day. 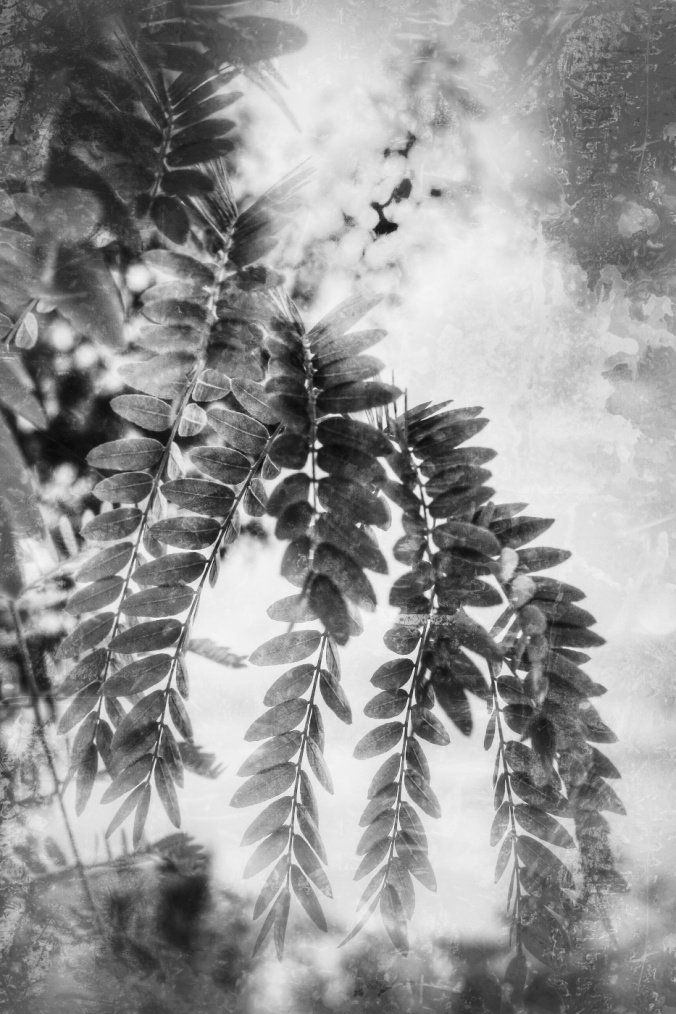 In the days before Christmas, life took on a slightly manic quality. Locating sellotape and wrapping paper became a quest of epic proportions, and even the smallest errand seemed to involve a cast of thousands;  all of us sitting in our cars waiting for a parking space.

I had very little time to spend outdoors, alone with my thoughts; so I valued an early-morning walk even more than usual.

It seems appropriate that these images for Sally D’s Mobile Photography Challenge, should reference the unexpected, and rather ethereal sense of peace I felt during that walk. 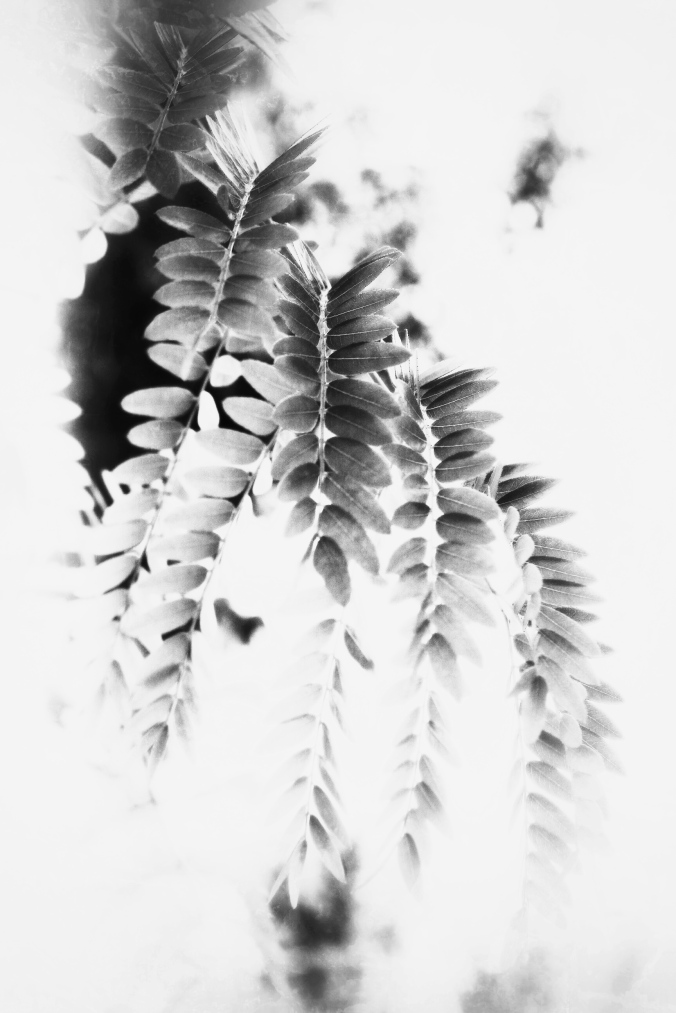 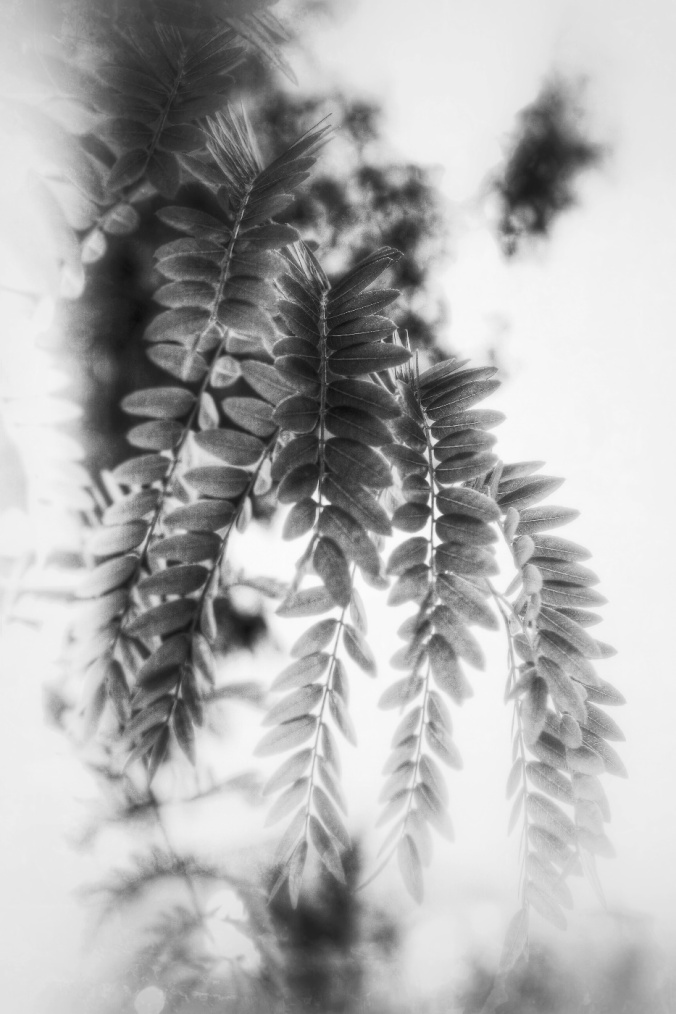 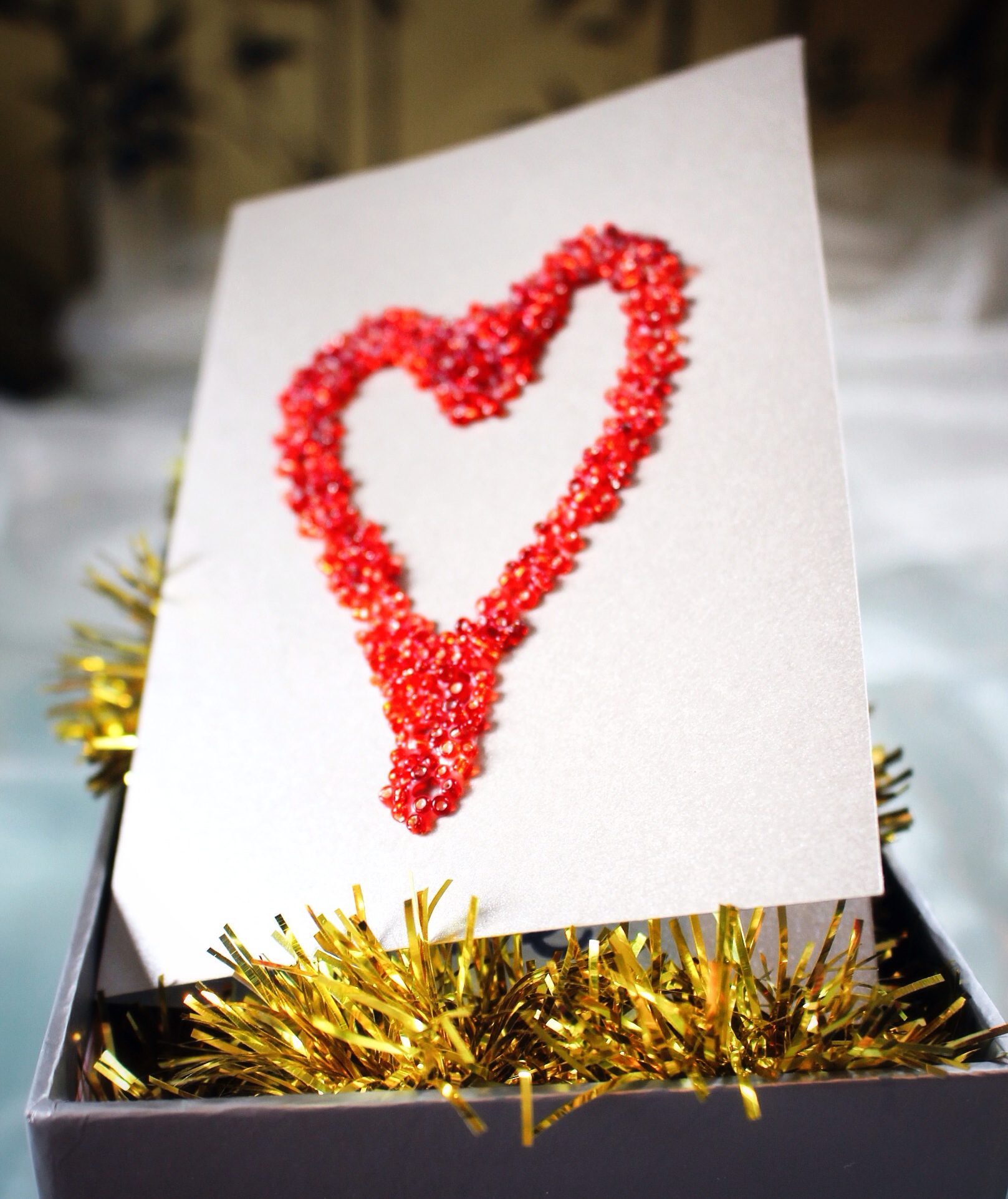 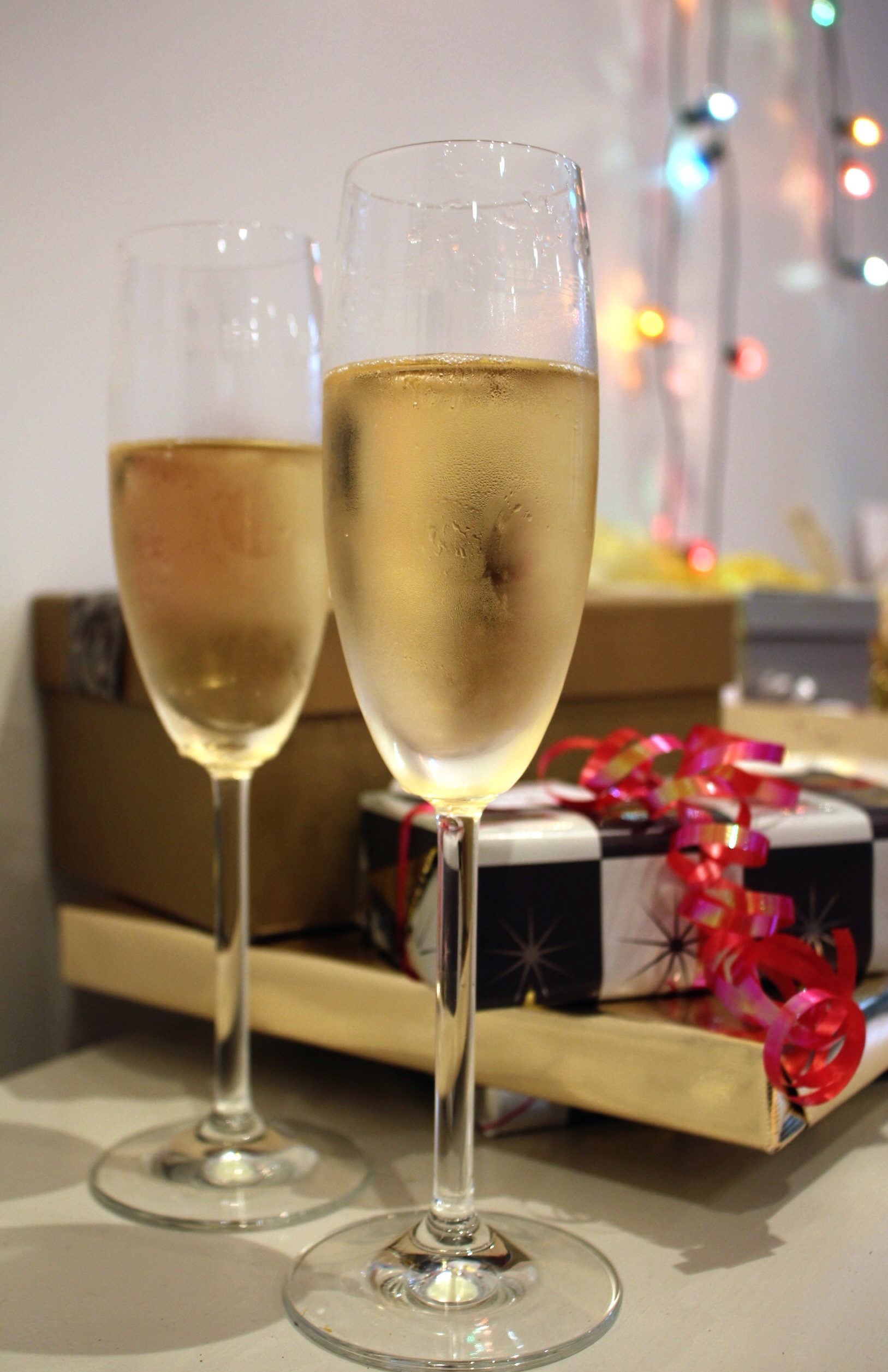 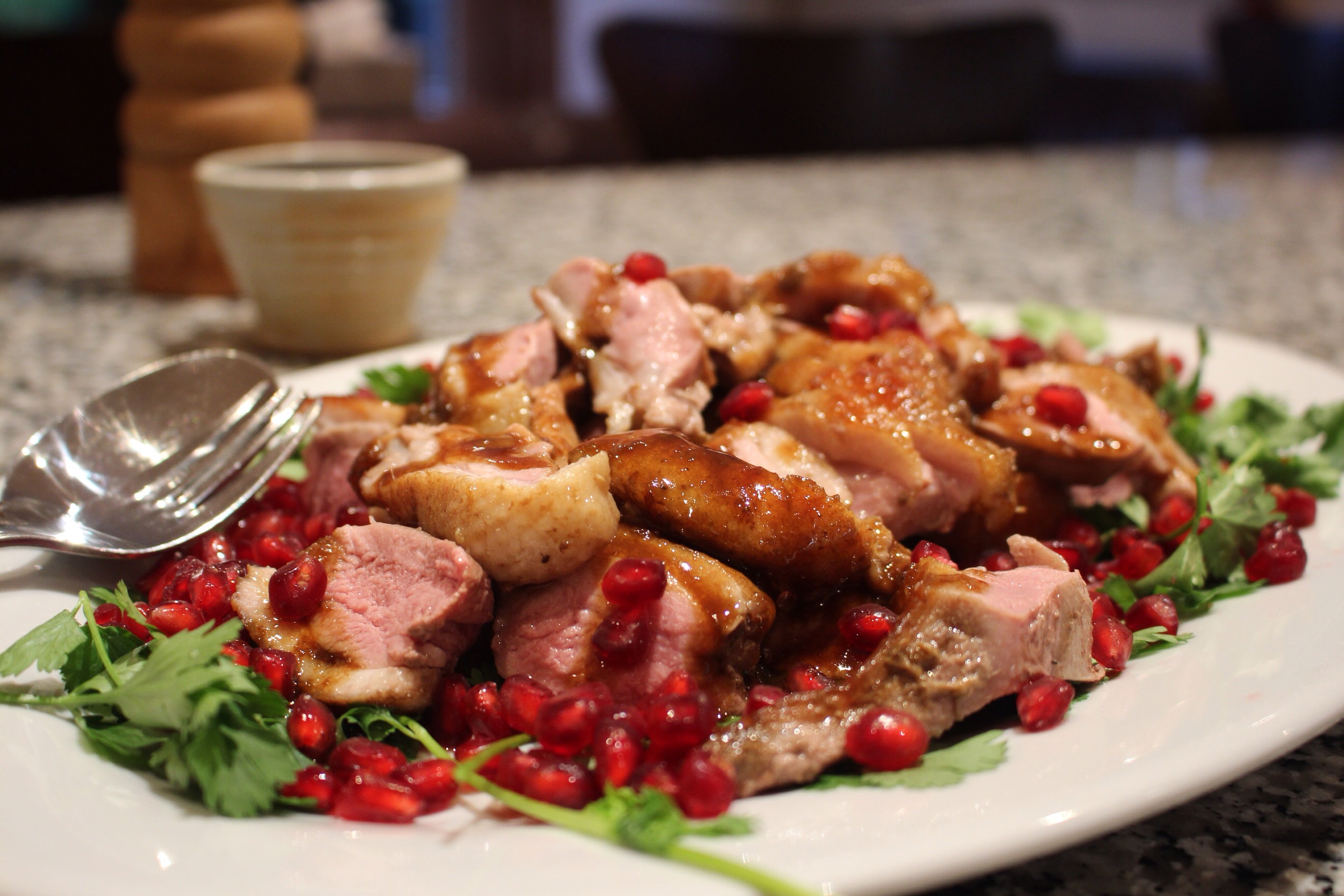 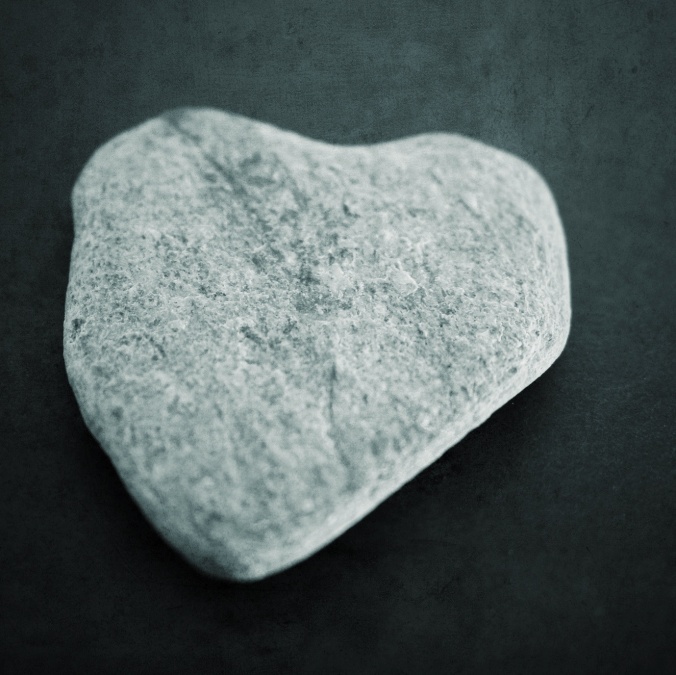 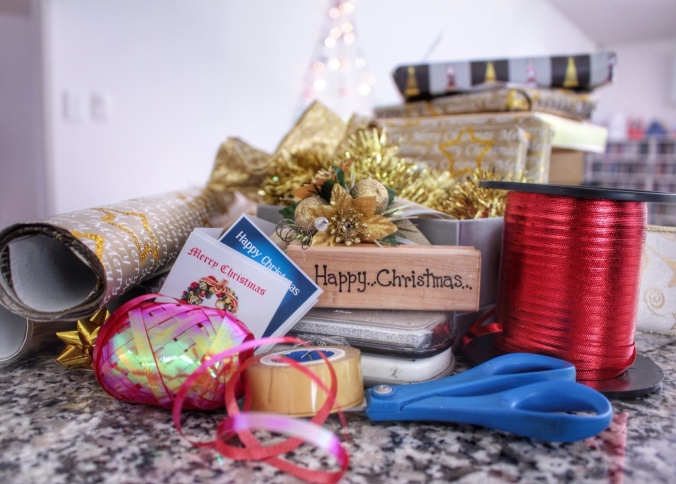 All of my Christmas gifts have been bought (well, almost all of them). So this afternoon, with the Big T still in Detroit and the boy-child at work, I set myself the task of wrapping them ready for Friday.

This year I’m mainly giving experiences rather than things, so it’s a challenge to package these promises of fun and adventure in tangible forms that will look pretty under the tree.

Luckily I’m a hoarder of craft materials. Gathered together, I think I’ll find enough to produce some interesting-looking packages. 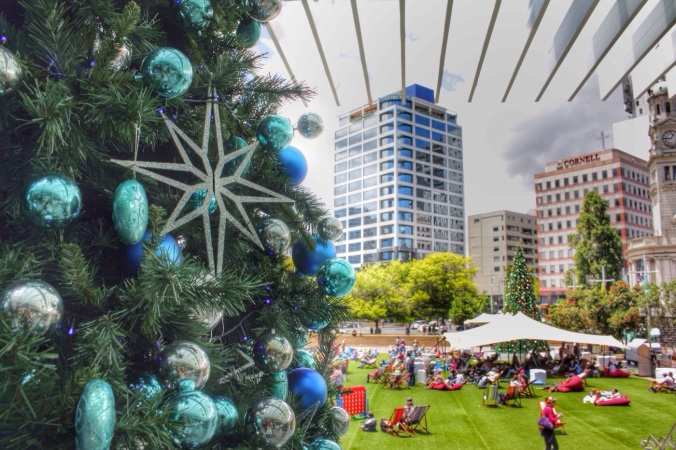 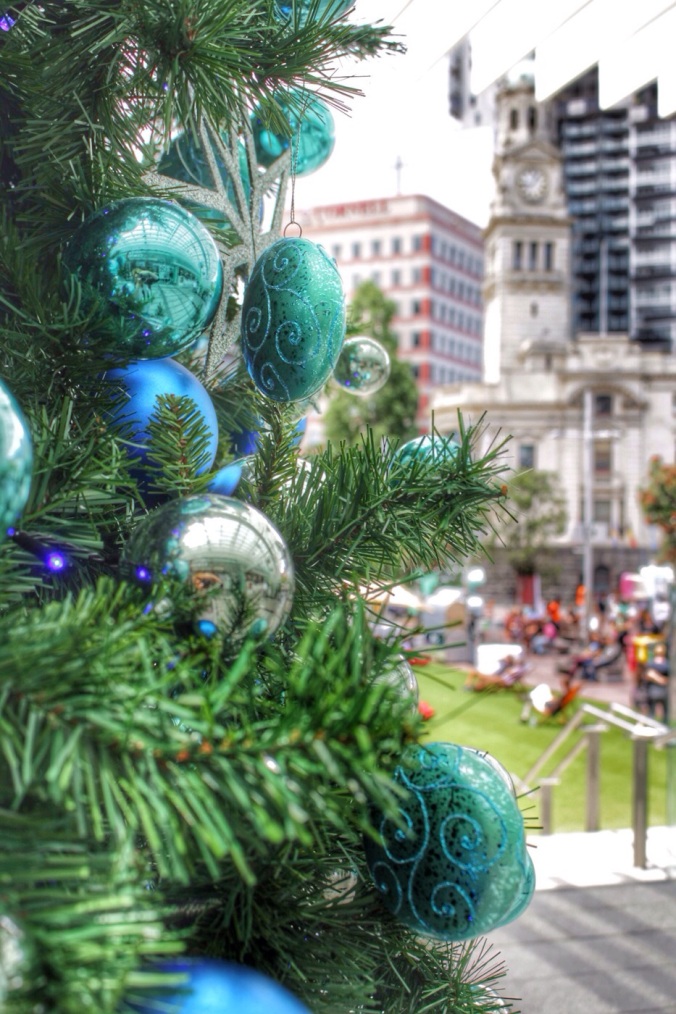