My month began in Dunedin on the tail end of a South Island trip to connect with the Big T’s Canterbury roots and to explore the possibility of becoming Mainlanders (1) in the future. It was especially poignant for us to spend some of ANZAC Day in the churchyard of St John’s Hororata, where an extraordinary number of T’s forbears are buried or commemorated. 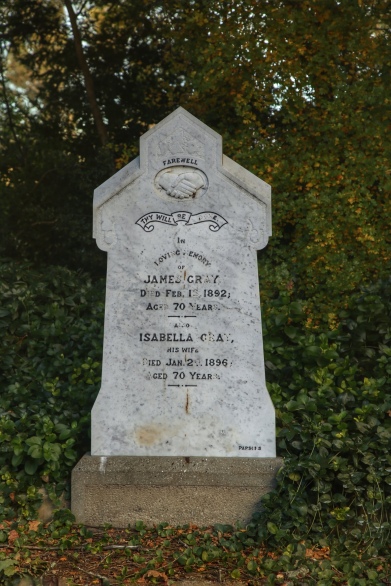 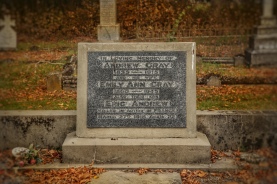 Andrew and Emily Ann Gray (nee Oliver), great grandparents. Andrew arrived from Scotland as a five year old. Emily Ann was born in Christchurch, three years after her parents arrived in NZ from England. Also memorial to their son Eric, who is buried in a Commonwealth War Cemetery in the Somme Valley. Image: Su Leslie 2018as children 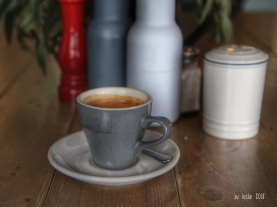 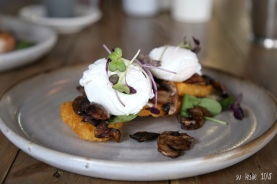 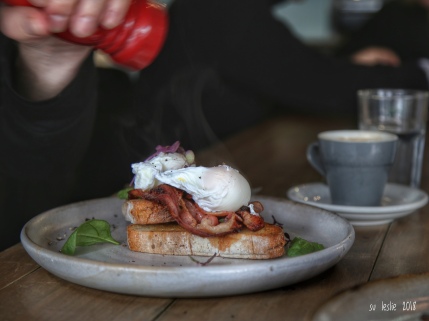 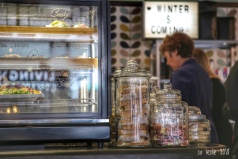 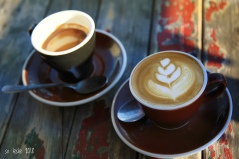 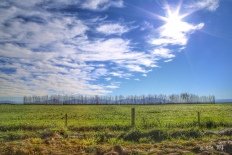 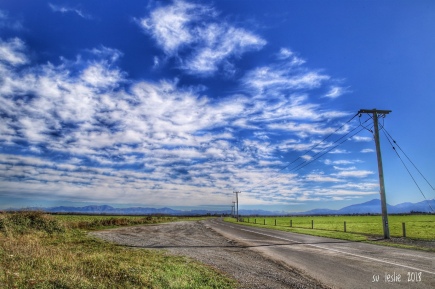 Back in Auckland, we’re both missing the South Island’s big skies, mountain views, gorgeous autumn colours, relaxed people, and the relative ease of driving on roads that aren’t permanently congested.

And although it rained pretty much all the time we were in Dunedin, it still remains top of my list of Southern “happily relocate to” places. The main drawback is distance from the boy-child. 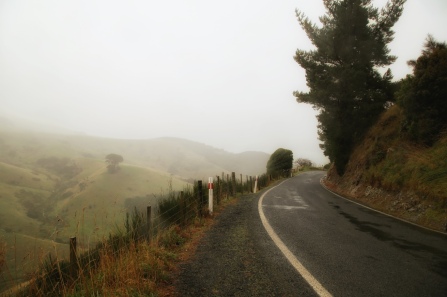 One of the things I love most about this time of year is the spectacular sunsets, with Oamaru and Wellington, where I’ve just spent a long weekend, turning on the coolest shows. 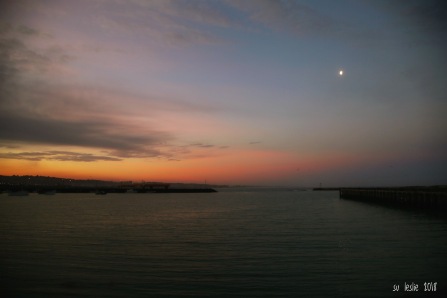 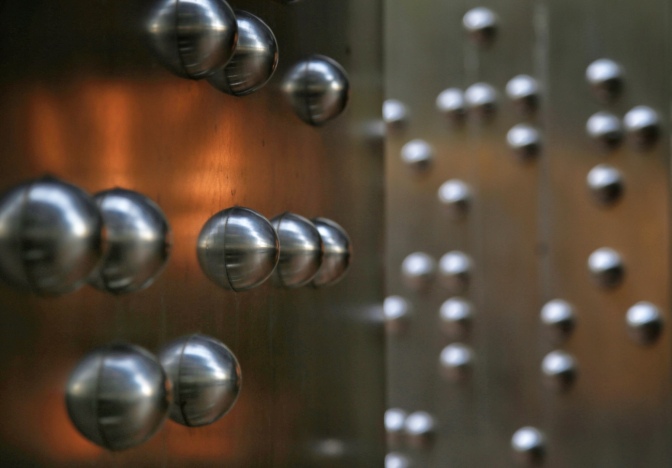 As I write this, the wind is howling and tormenting the trees outside my window. It definitely feels like winter has arrived.

The Changing Seasons is a monthly challenge, originally hosted by Max at Cardinal Guzman. I’ve taken over hosting duties this year, and if you would like to join in, here are the guidelines:

If you haven’t already, please visit check out these posts from some very cool bloggers around the world:

Magnificent May, from Joanne at My Life Lived Full

The Changing Seasons, May 2018 from Lee at Ladyleemanila

Change of Seasons from Tracy at Reflections of an Untidy Mind

May in Brussels from Klara. This is Klara’s first Changing Seasons post, so please visit and welcome her.

May: Summer Weather is Here from Deb at The Widow Badass Blog

The Changing Seasons May 2018 from Ju-Lyn at Sunrise, Sunset

The Changing Seasons, May has been very yellow from Tish at Tish Farrell Writer on the Edge

Changing Seasons: May 2018 from Pauline at Living in Paradise

The Changing Seasons: Flowers are Blooming from Marilyn at Serendipity — Seeking Intelligent Life on Earth

The Changing Seasons — May 2018 from Sarah at Art Expedition

Back to School from Ruth at RuthsArc

Changing Seasons May 2018 from Jude at Under a Cornish Sky

The Changing Seasons May 2018 from Mick at Mick’s Cogs