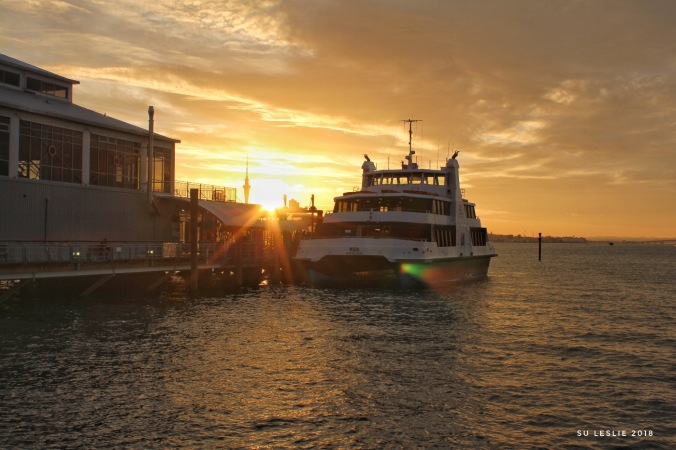 A sight that always invokes a sense of home: the ferry docked at Devonport Wharf. Image: Su Leslie 2018

Home is a slippery concept for me. Born in Scotland, raised in New Zealand. Seven schools in 11 years; twenty houses in my first thirty years. A slightly nomadic decade in the UK, and now the longest period I’ve ever stayed put, in my current home.

But it doesn’t feel right anymore. An empty nest for sure, but also one in a neighbourhood that has lost it’s slightly grungy, semi-rural charm. A neighbourhood where the small, modest houses in which generations of Kiwi families raised their kids are being demolished and replaced with sprawling McMansions.

I don’t know where my next home will be, though I hope to figure it out fairly soon! I do know that there are some sights in the world that will always invoke home, and one is a ferry docked at Devonport Wharf.

Devonport was my family’s first home as new migrants to New Zealand, and going to “town” on the ferry was a huge adventure for us (especially as my mother is totally phobic about boats and water). The ferry these days is newer, faster and not steam-powered, but when T and I recreated the trip recently, I realised that the feeling remains the same.