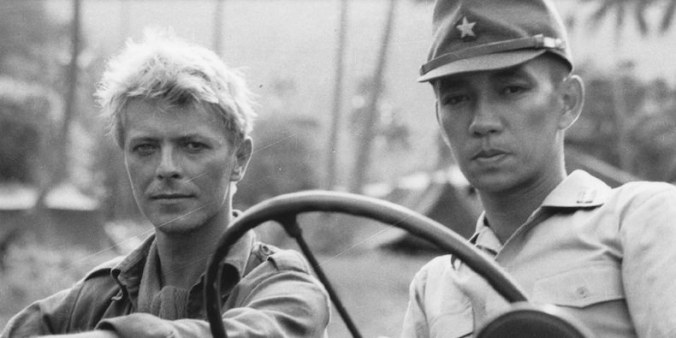 Musically, I tend to focus on a song rather than an artist’s body of work. There are a few exceptions; Billy Bragg is one, Ryuichi Sakamoto is another.

I first discovered the Japanese composer, singer, producer and actor through the film Merry Christmas Mr Lawrence (1983), which was partly filmed in New Zealand and in which several acquaintances were cast as extras.

Sakamoto starred in the film alongside David Bowie and Tom Conti; and also wrote/performed on the score. The title track is an instrumental, but he also co-wrote (with David Sylvian) and recorded a version with lyrics — titled Forbidden Colours.

Here are both versions of this wonderful piece of music. Which do you prefer?

My dear friend Sarah at Art Expedition is hosting 30 Days, 30 Songs for the month of June. You can see her latest post here.