If October could be summed up in one word, that word would be mulch.

It’s been a good month for gardening with lots of warm, still days, so the Big T and I have been super-busy making new borders and raised beds, sewing seeds, weeding, planting and transplanting — you know the drill.

Early on we took possession of a mulch mountain and have gradually eroded it to barely a hillock.

And while the garden now looks significantly different, it’s really not photogenic. But with luck (and a bit of rain), by November’s Changing Seasons, I’ll have something to show you that looks more interesting than relocated piles of mulch.

Apart from gardening, I don’t feel as though I’ve done mulch at all in October (see what I did there).

NZ’s general election seemed to split the month in two, and it’s only with hindsight I realise how anxious I was about the outcome. In the end, the Labour Party made history by being the first under our proportional representation system able to govern outright. While this does mean the government can’t blame inaction on conservative coalition partners, it also means that the Green Party, despite an increased number of MPs, won’t necessarily have a place in government. And NZ’s woeful record on addressing climate change and basic issues of social justice will probably remain woeful.

But in the spirit of accepting personal responsibility for our part in the climate disaster, T and I abandoned the car and took a ferry into central Auckland on a recent visit to the art gallery.

I continue to play with art materials; more for the joy of experimenting than with any particular result in mind. Alcohol inks and air-dry clay are my current favourites.

About the Changing Seasons

In last month’s Changing Seasons post I asked for feedback about the guidelines for posting, which have been unchanged since this challenge was established by Cardinal Guzman in 2015.

Thanks for all your comments.

The general feeling seems to be that we’re mostly happy that the structure allows us to share our reflections on the month in whatever way suits us, and the guidelines are mainly for anyone new to The Changing Seasons.

The things that were mentioned were the limit on photo numbers and the requirement to only use new images. Most people who mentioned the shot limit agreed it was a good idea (though we all admitted to exceeding it).

I am aware that most of us follow a very large number of blogs and do so actively — engaging with the content beyond simply hitting the “like” button. My own view is that having people read my blog is a privilege I must continue to earn by doing my best to be interesting, and respecting the value of your time and engagement. For me that means editing the text (and then editing it again) and trying to only use images that help tell the story.

As for the requirement to use new images; I’ve always seen that as a request not to bore readers by recycling shots they have already seen.

I had planned to include draft text of some updated guidelines here, but as I’ve already written more than usual, I’ll do that in a separate post.

Until then, feel free to add comments to my musings, and of course link to this post in your own so that I can update accordingly.

Tracy from Reflections of An Untidy Mind

Suzanne from Life at No. 22

Pauline from Living in Paradise

Natalie from Natalie the Explorer

Lani from Life, the Universe and Lani

Ju-Lyn from All Things Bright and Beautiful

If I told you I encountered a major road-block when thinking about this post, you’d probably imagine some emotional or psychological barrier about which I’m going to unburden myself.

But actually, I missed a road sign announcing that Scenic Drive in Waitakere was closed to traffic, and found myself driving towards an actual blocked road. With the car behind me way too close for a safe U-turn, I ended up on Bethells Road, heading towards the beach.

Te Henga/Bethells Beach is one of four road-accessible beaches on Auckland’s (wild) west coast. Although it’s the closest to home, I seldom visit there, probably because the next closest — Muriwai — has the twin attractions of the gannet colony and a good fish and chip shop en route.

It’s school holidays here at the moment, but the beach was surprisingly quiet. Perhaps it was just too cold and overcast.

Although I saw a few people carrying surfboards, I didn’t see any actually in the water, and the surf life-saving tower wasn’t manned.

The closest anyone seemed to get was surf-casting.

I may have missed a road sign, but I did manage to notice lots of small treasures on the beach and in the surrounding bush. 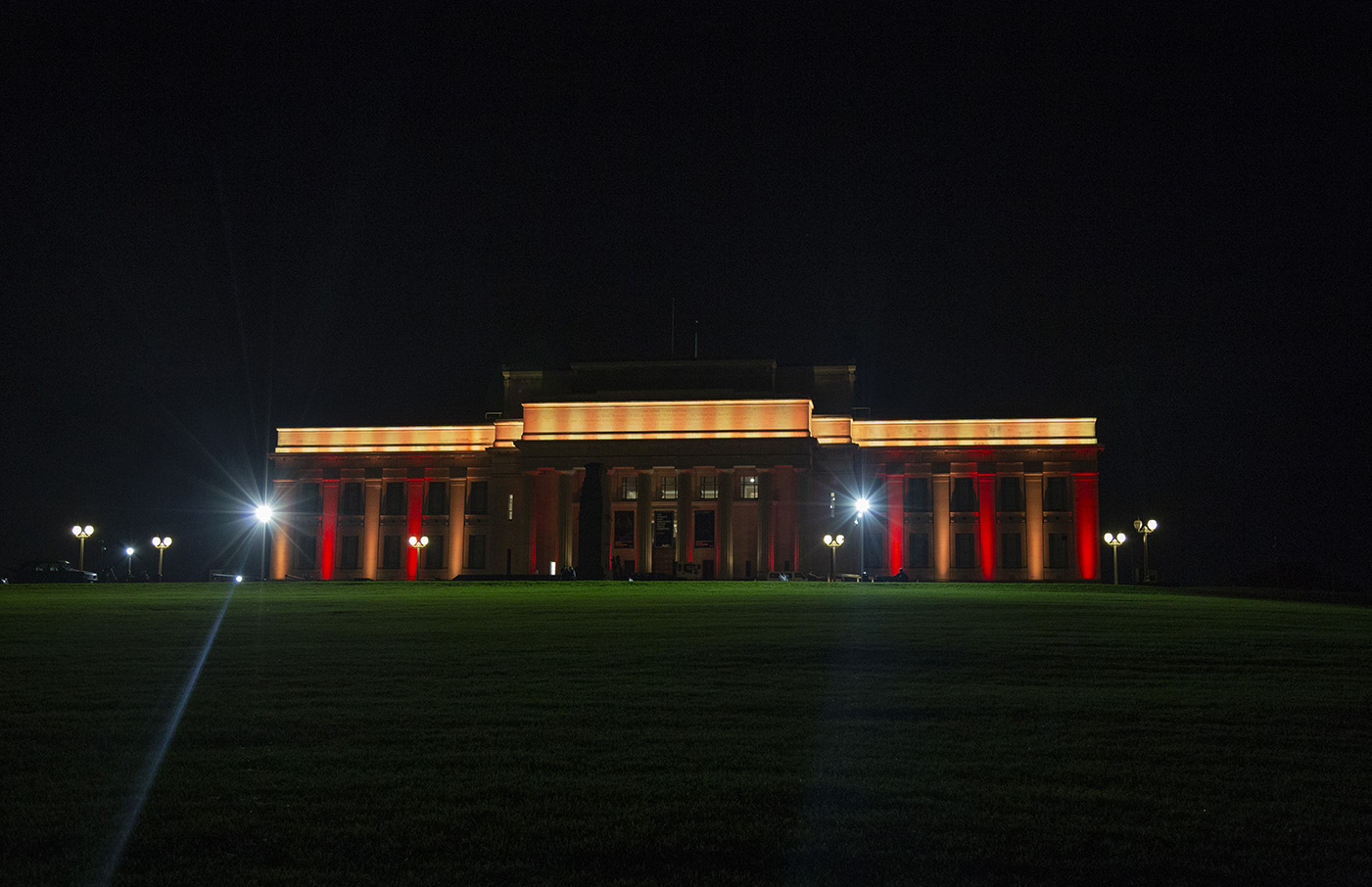 Matariki is the Maori term for the group of stars also known as the Pleiades or The Seven Sisters. Matariki rises during Pipiri (June/July) and marks mid-winter and the Maori New Year.

In recent years, Matariki has begun to be properly celebrated in Aotearoa New Zealand with many cities and communities holding festivals. This year, Auckland Council has scaled back many of the planned events and shifted others online. It was lovely then, to see the Auckland Museum lit up for the duration of the festival. The Harbour Bridge is also lit, but we’ve yet to have a clear night for me to try and photograph it.

According to Te Ara (Encyclopedia of NZ):

There hasn’t been a great deal of singing and dancing in the ZimmerBitch whare (pronounced like farrie and meaning house), and not many photos taken either.

But there’s been plenty of eating, so for this month’s Changing Seasons post I’m giving you a recipe.

Anyone who joined me for afternoon tea recently will recognise it, but it proved such a hit with my (real life) dinner guests that I’m confident in sharing it.

Adapted from a recipe in Simple, by Yotam Ottolenghi (1) Serves 4-6 people 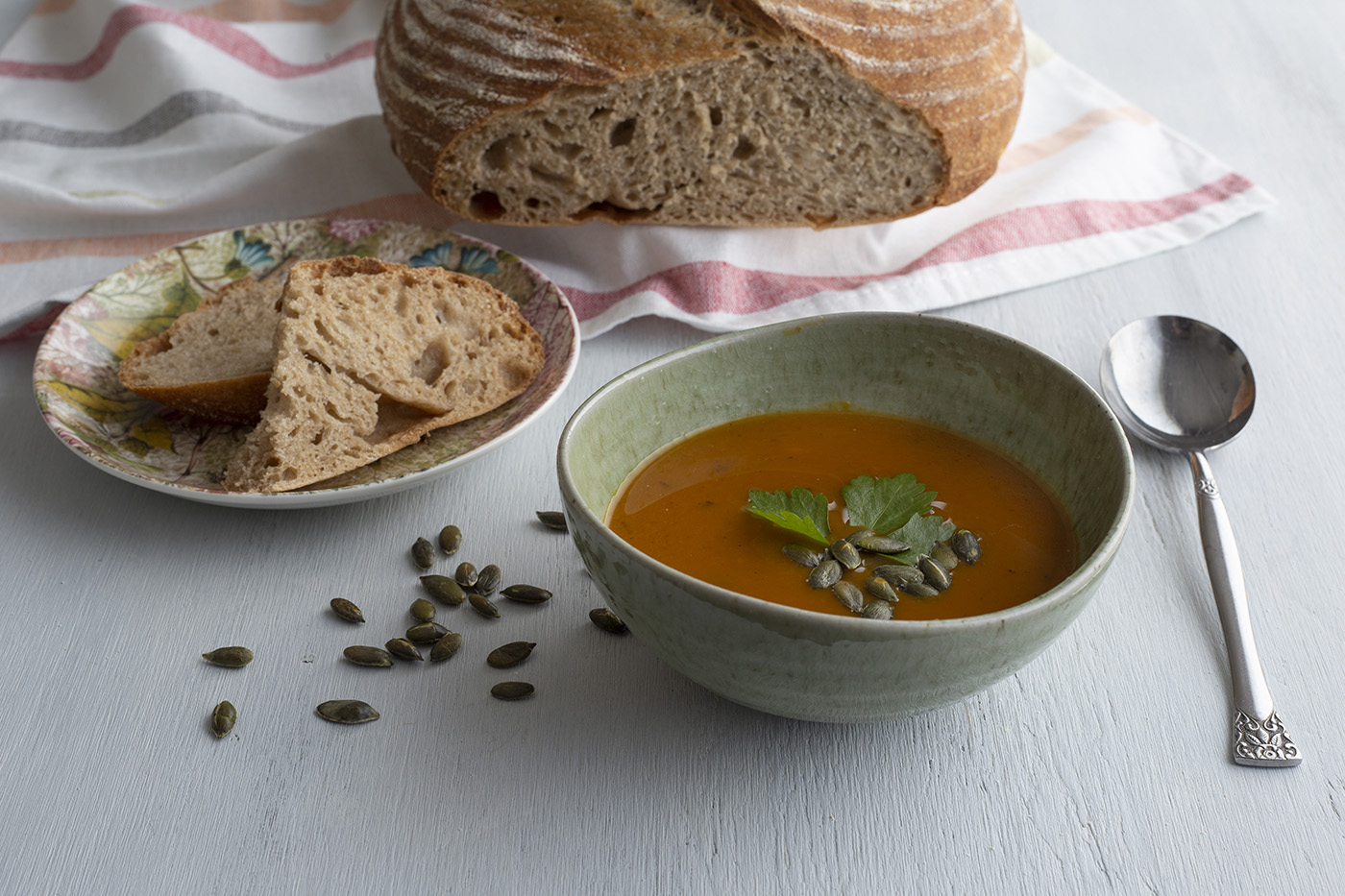 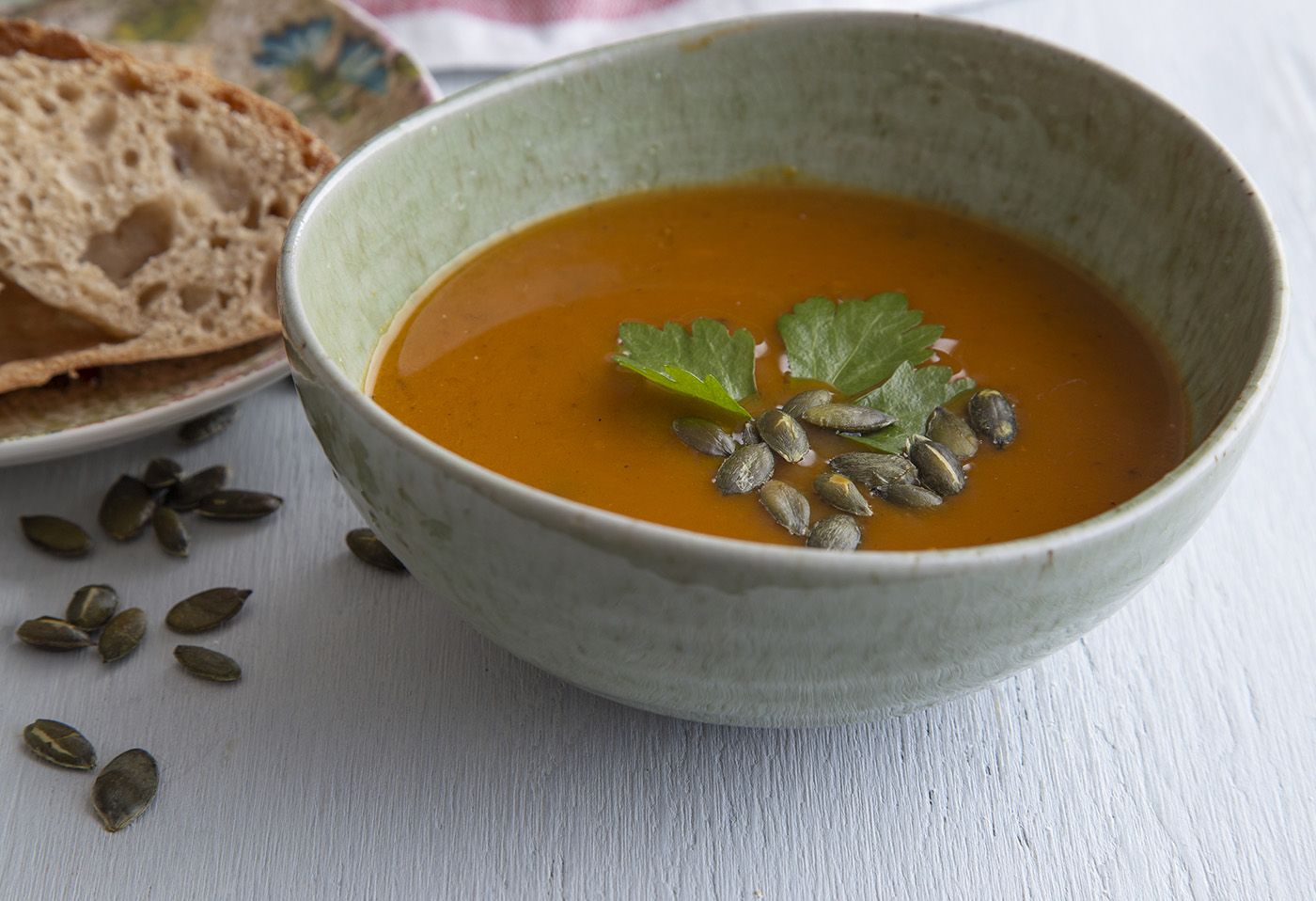 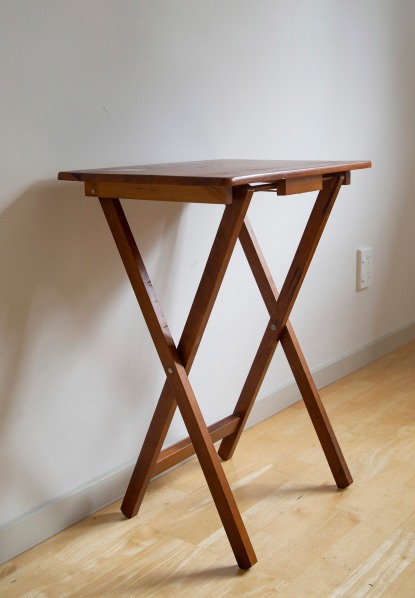 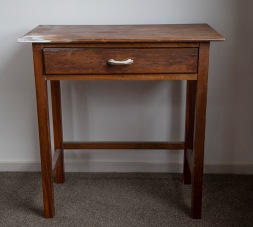 Telephone table for refurbishment. An op-shop bargain that’s been in the garage waiting for my attention. Image; Su Leslie 2020 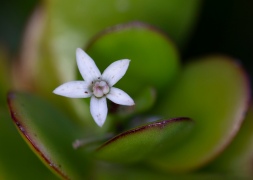 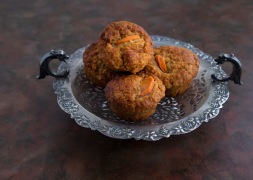 Another attempt at persimmon muffins; still not totally happy with the recipe. Image; Su Leslie 2020 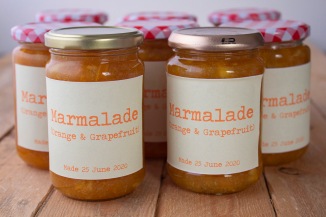 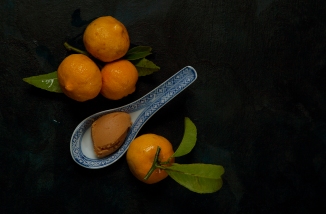 Yuzu and miso; the beginnings of a dressing that I’m still working on. Image; Su Leslie 2020

Each month, post 5-20 photos in a gallery that you feel represent your month
Don’t use photos from your archive. Only new shots.
Tag your posts with #MonthlyPhotoChallenge and #TheChangingSeasons so that others can find them.

Each month, post a photo, recipe, painting, drawing, video, whatever that you feel says something about your month
Don’t use archive stuff. Only new material!
Tag your posts with #MonthlyPhotoChallenge and #TheChangingSeasons so others can find them.

Please visit these bloggers to see how June played out for them:

Katy at Wanderlust and Wonderment joins us this month

Darren at The Arty Plantsman 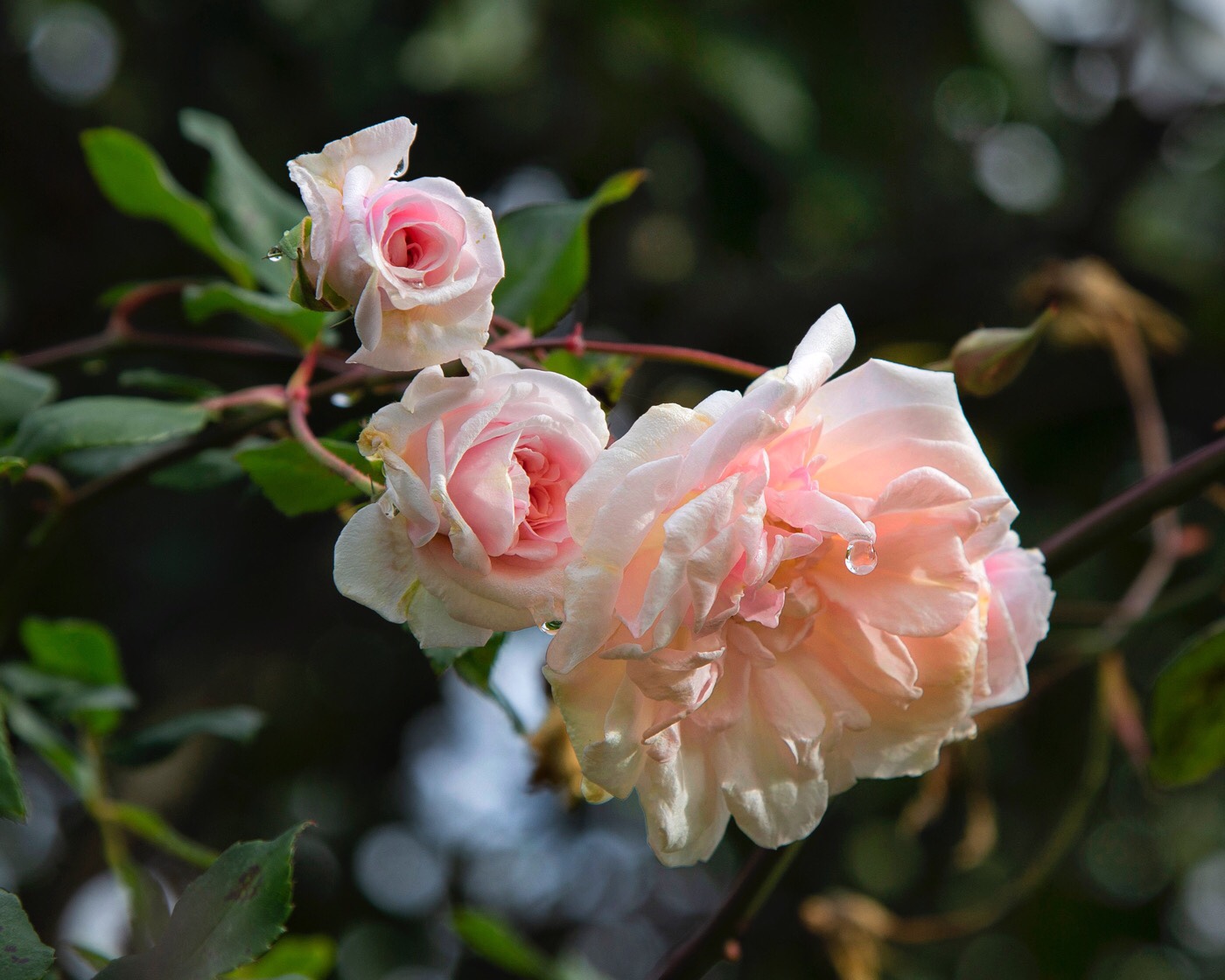 Another trip to the archives for my Friday flowers.

A while ago, T and I decided to explore the less well-known parks around Auckland and about this time last year, we discovered Scandrett Regional Park, on the Mahurangi Peninsula.

Formerly a farm owned by the Scandrett family, the park still contains the old homestead, and remnants of a once beautiful cottage garden. 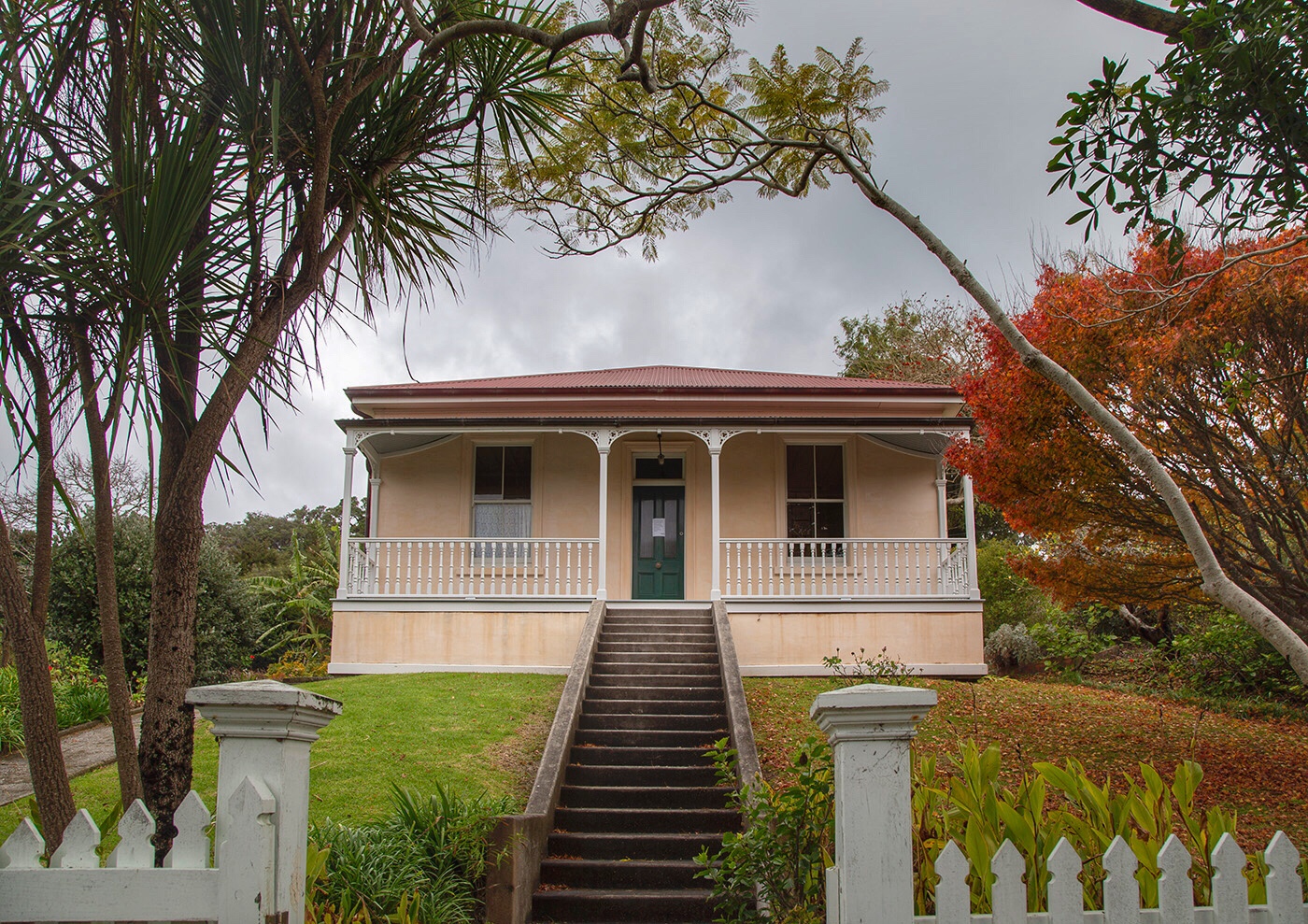 Old roses growing along a fence drew my attention. 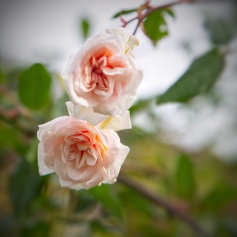 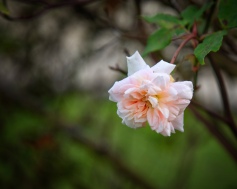 As did the Japanese Maple in all its autumnal glory. 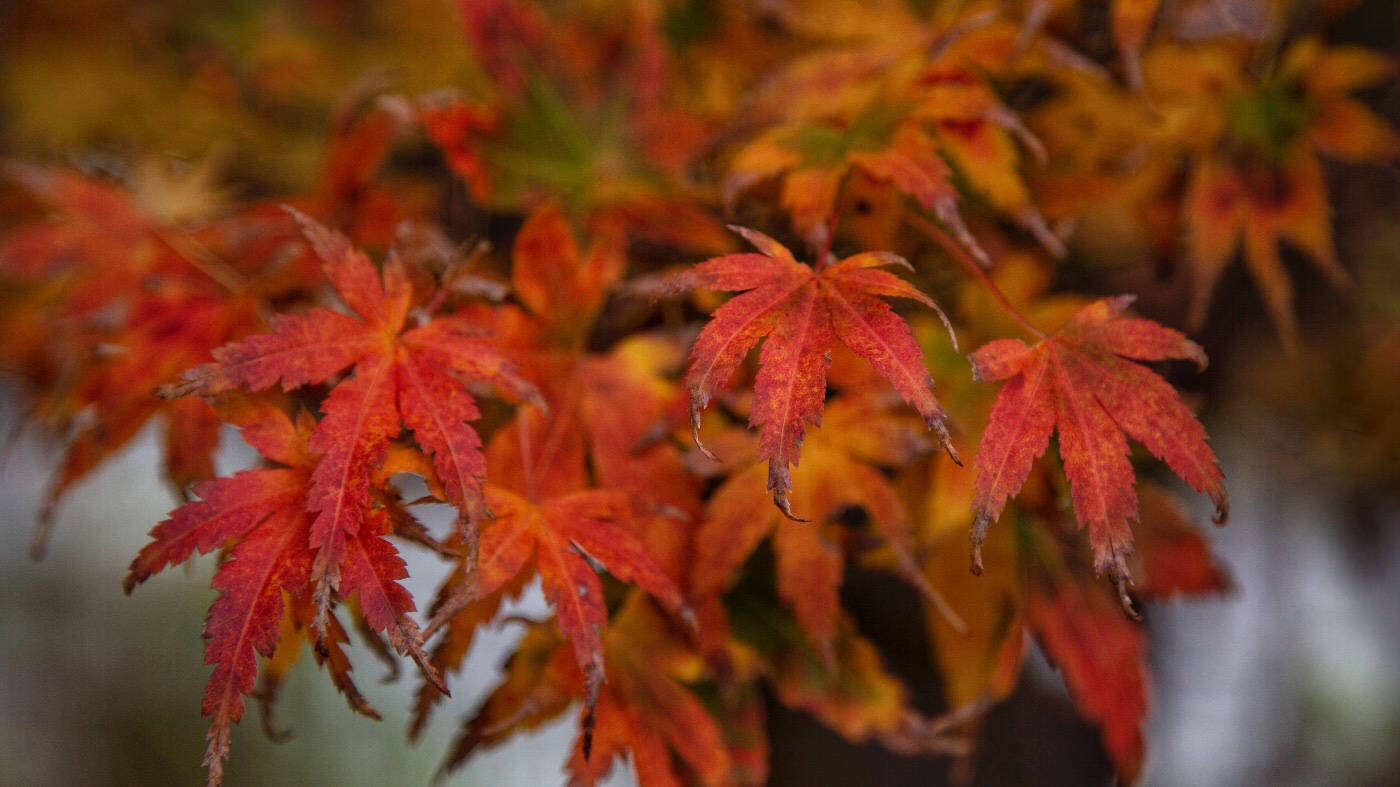 And these pretty little wild flowers growing along the shore — that I feel I should be able to name but can’t. 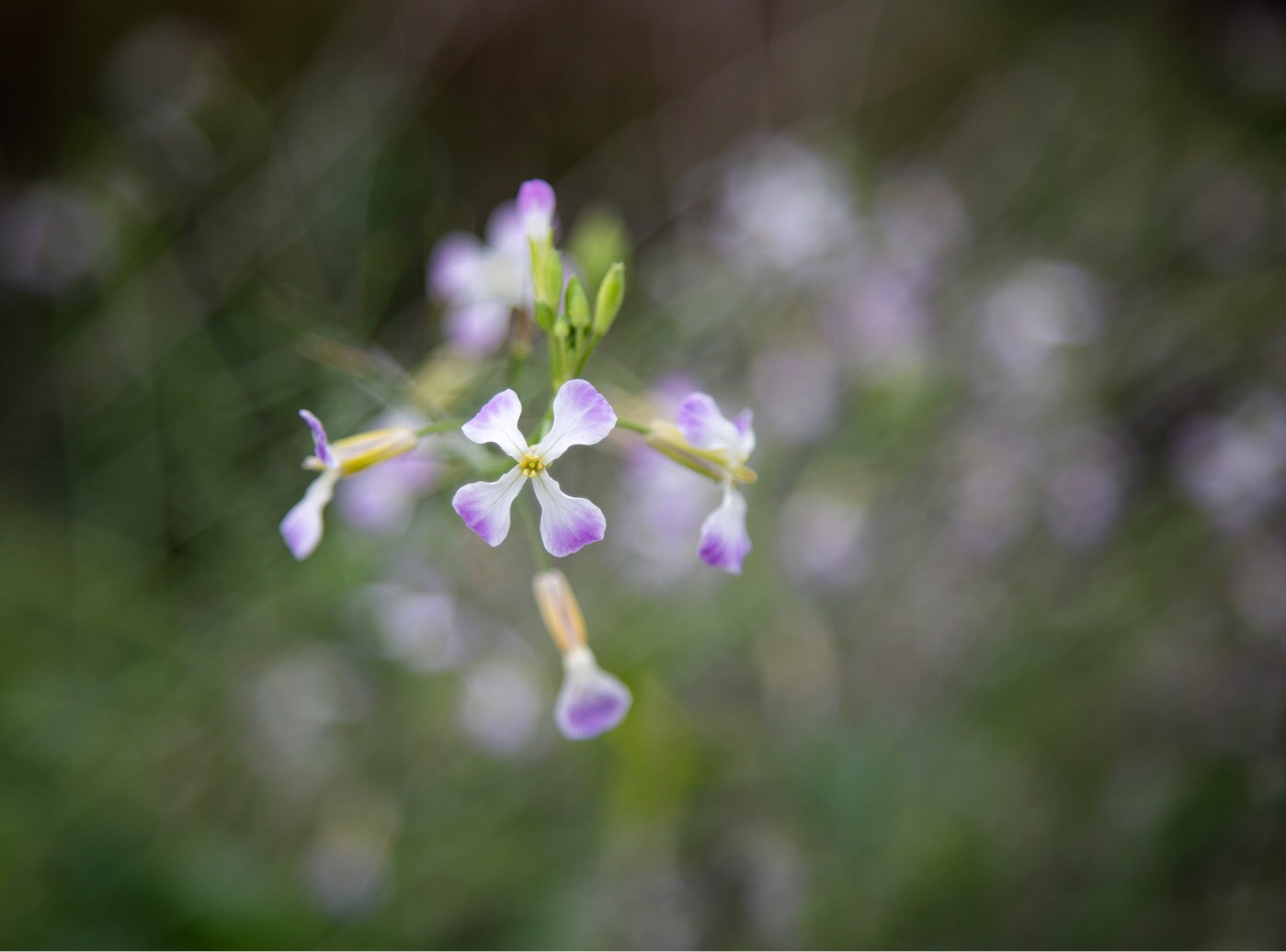 Of course we needed explore the beach too. 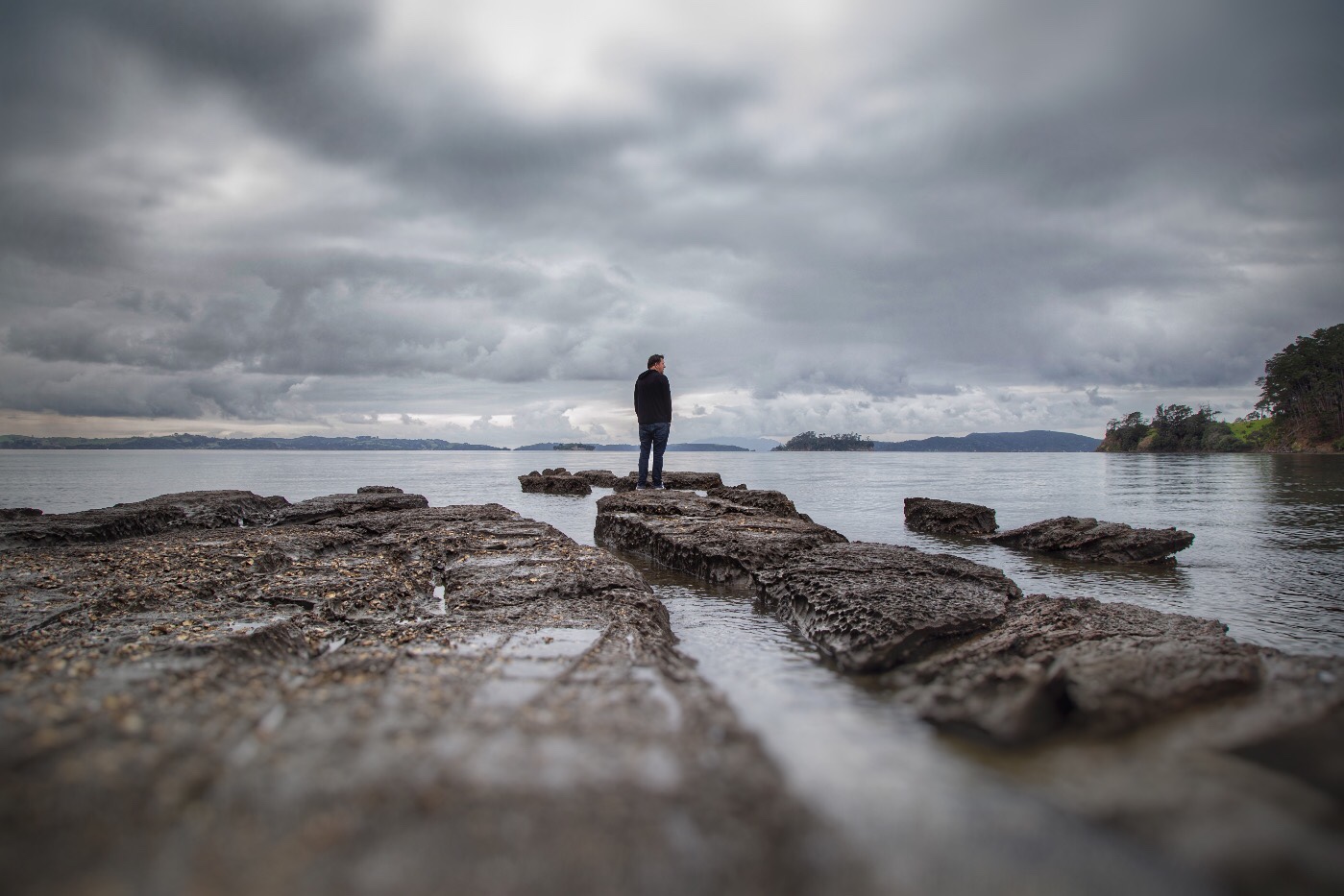 Regional parks are currently closed due to Covid 19, so it may be a little while before we can revisit Scandrett — perhaps on a sunny day? 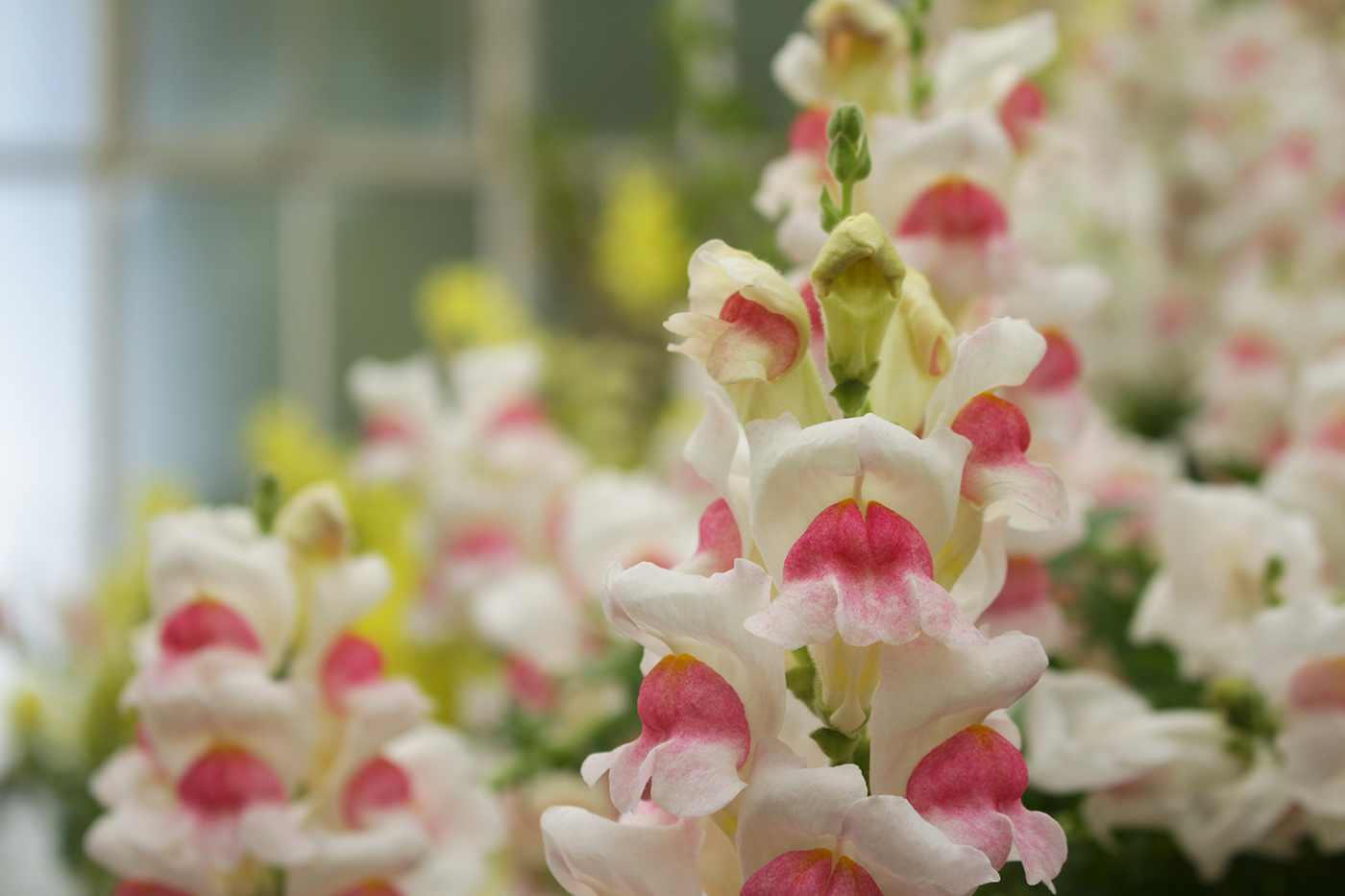 I’m learning how much I’ve taken for granted in life, and how easy it used to be to follow a whim.

A couple of nights ago I craved fish and chips, but as all our takeaways are closed, I cooked dinner instead. It was tasty, but contained neither fish nor chips.

This morning I woke up and thought how very much I would like to visit the Auckland Wintergardens.

The two glasshouses and surrounding formal gardens opened in 1913 and have provided generations of visitors with a chance to enjoy rare plants, spectacular floral displays and most importantly a calm, beautiful sanctuary in the middle of the city.

In recent years they have also given me a chance to practice my photographic skills and learn about plant care from the incredibly friendly and dedicated staff. 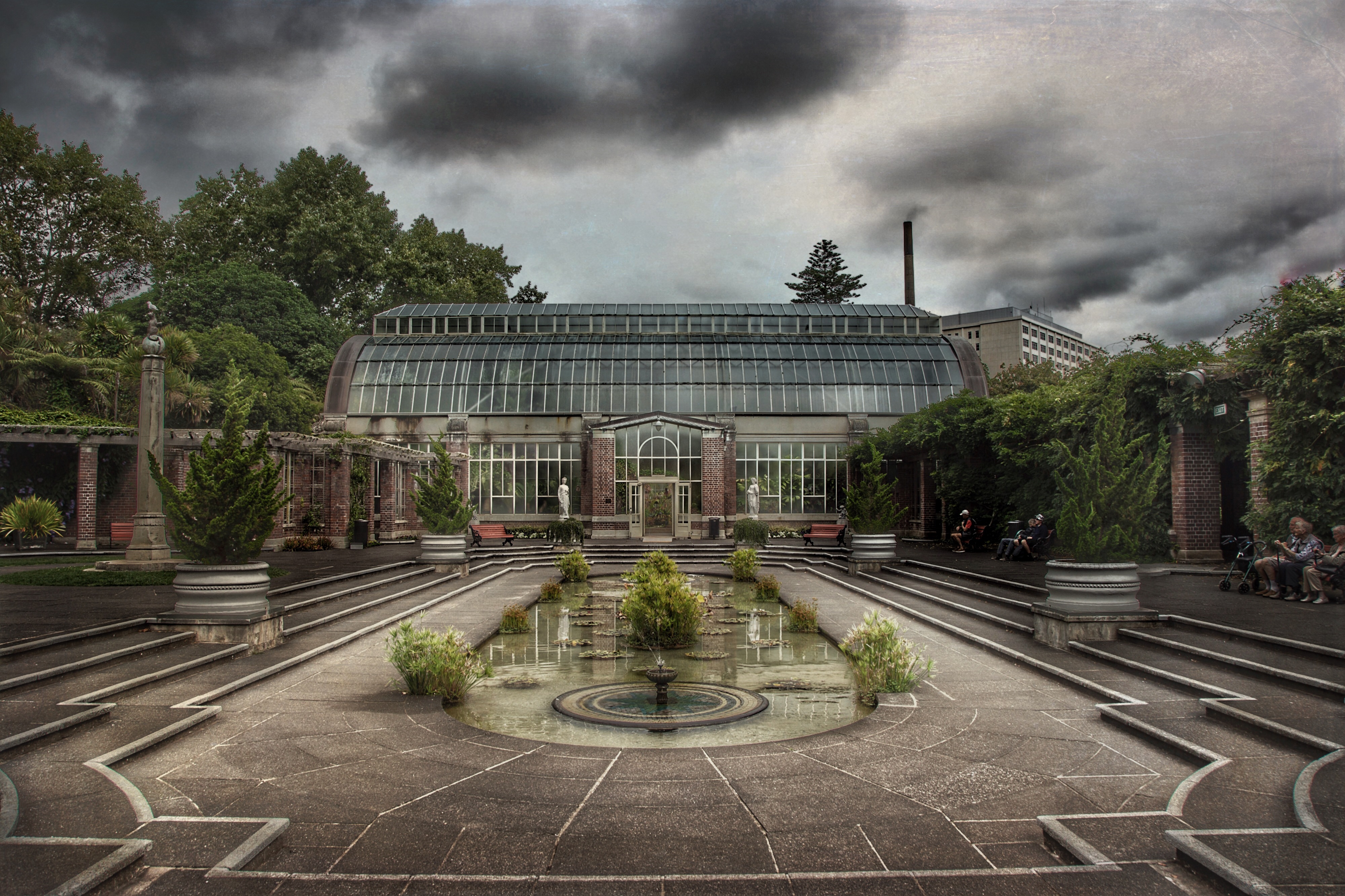 But since there is no indication that the Wintergardens will be open in the near future, I’m going to take a virtual stroll through some of my old photos.

I apologise in advance for the lack of species labelling; most of these were taken back in the days when my personal flower taxonomy went something like “roses, orchids, daffodils and tulips, daisy-like things and weird stuff.” 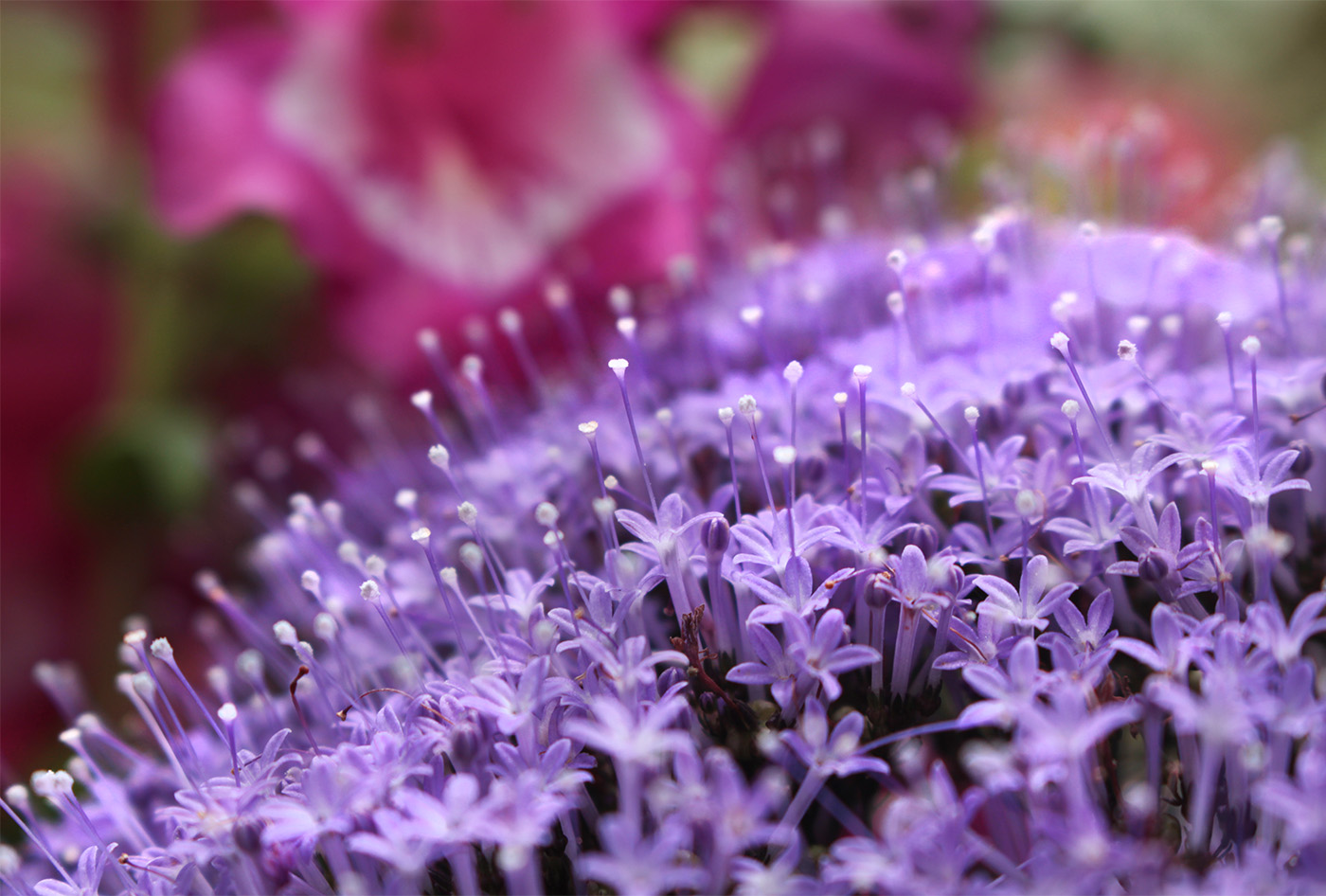 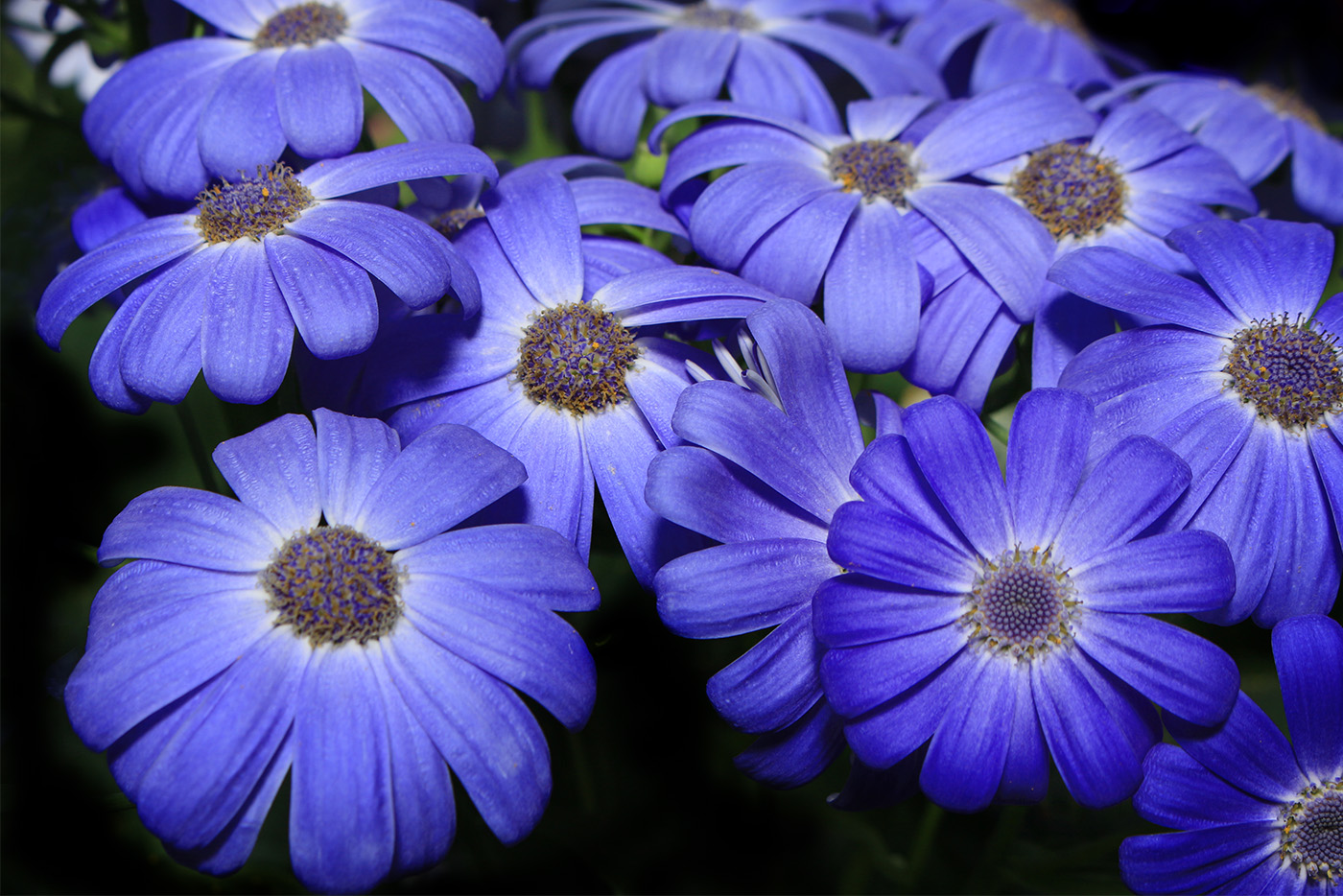 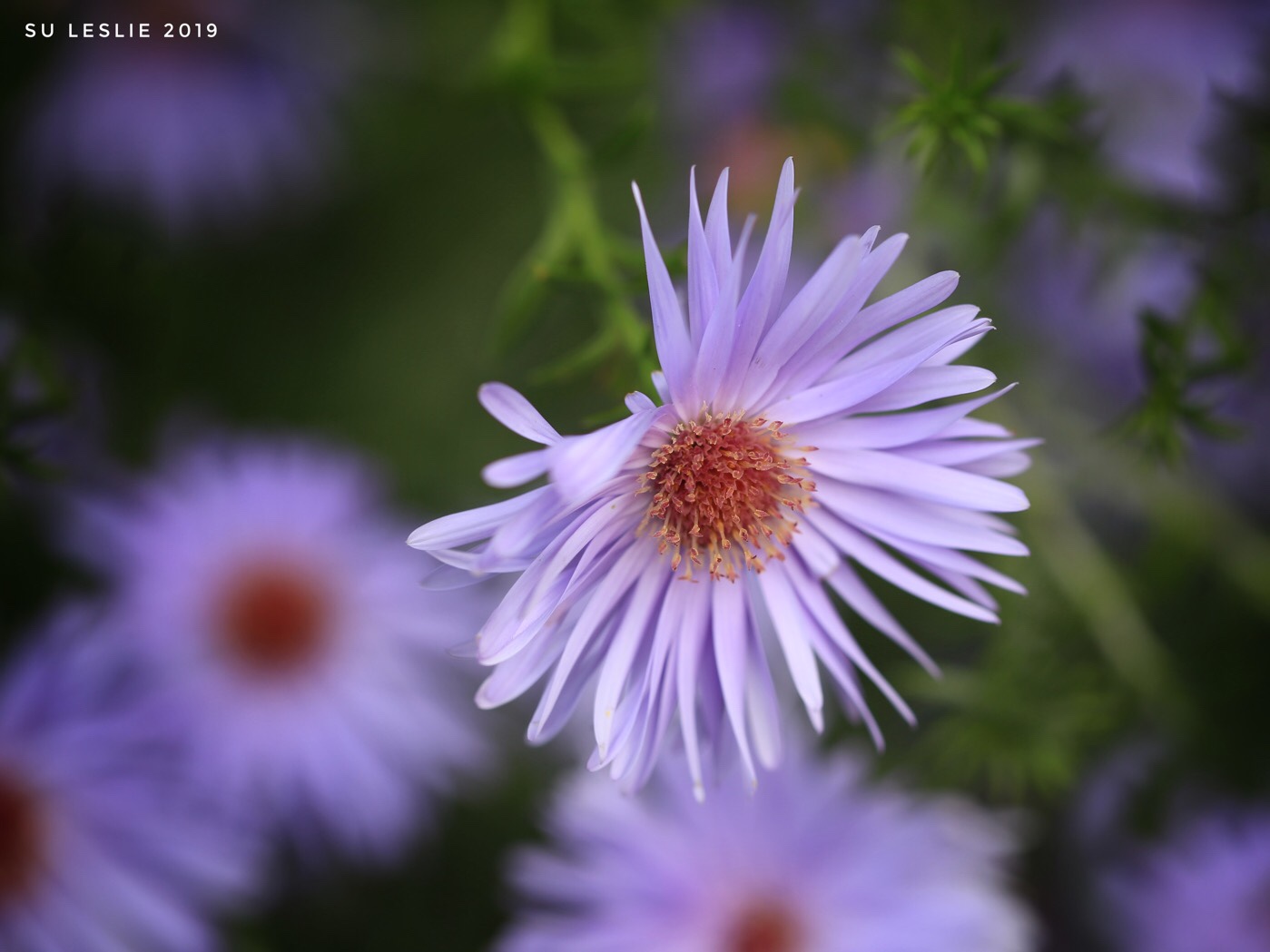 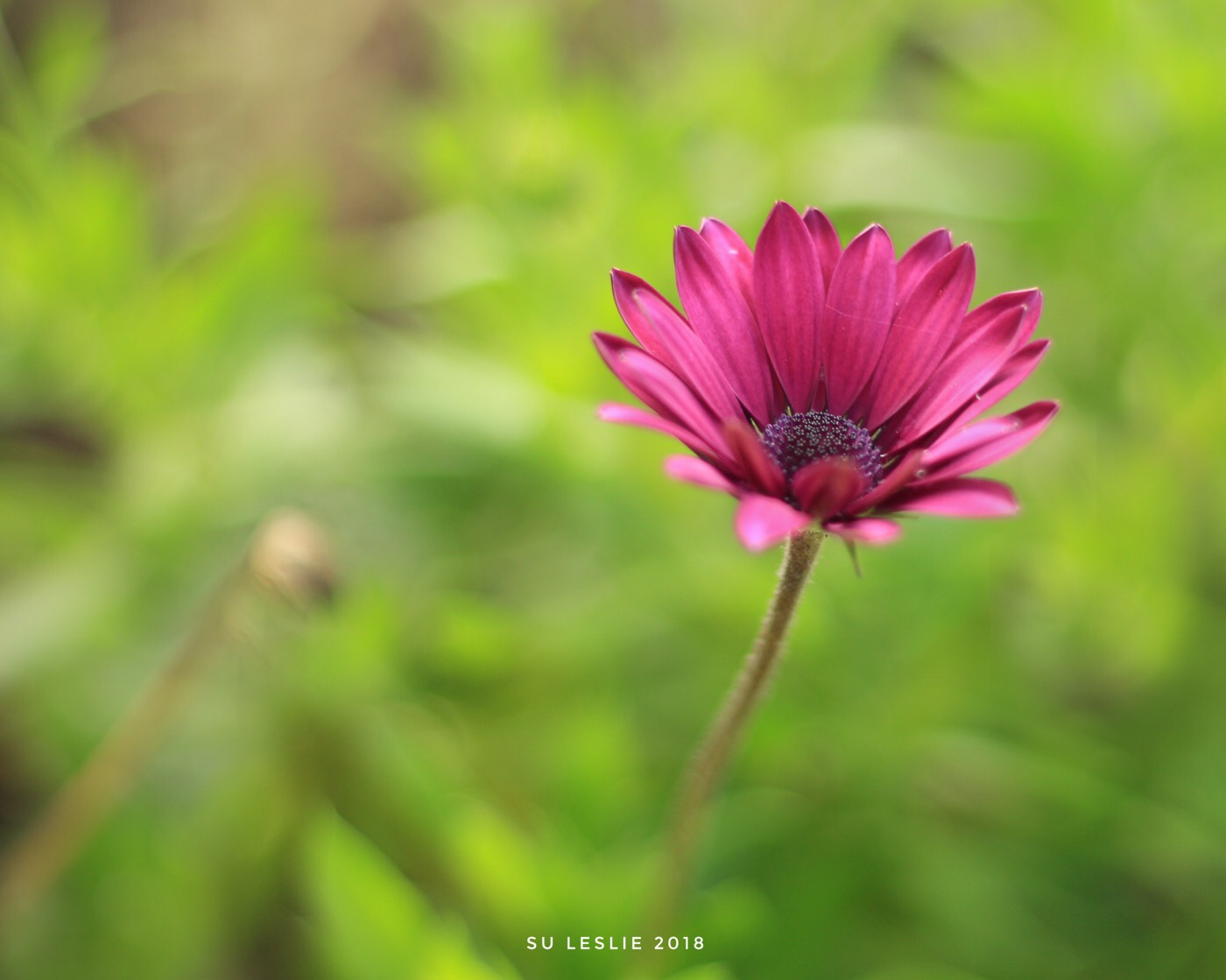 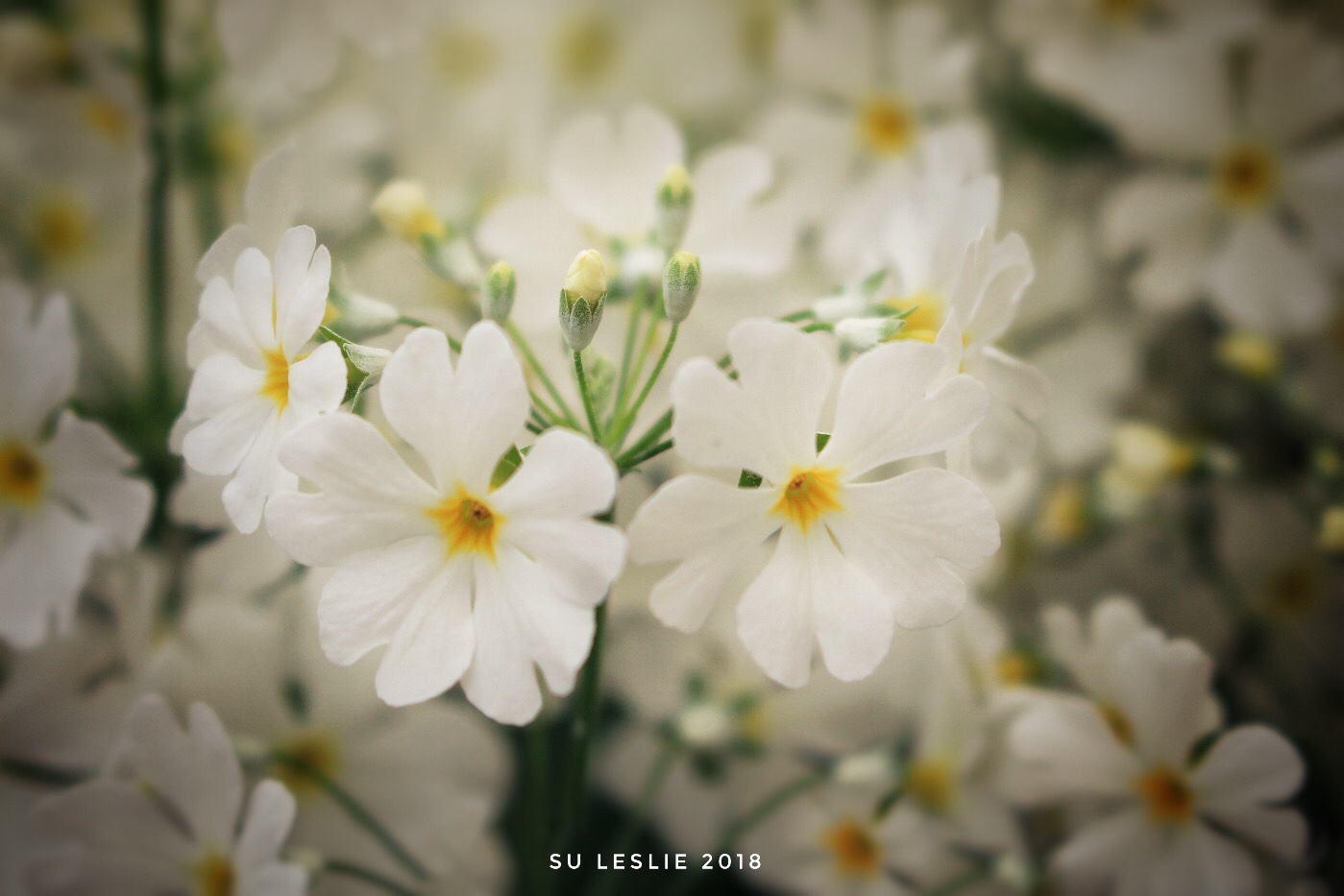