Today is International Museum Day (IMD). Museums and art galleries have always been amongst my happy places — oases of culture, history and learning. Places to make discoveries, to connect with the past, and to dream.

The theme of this year’s IMD is “Museums and contested histories: Saying the unspeakable in museums.” According to the International Council of Museums:

This theme focuses on the role of museums that, by working to benefit society, become hubs for promoting peaceful relationships between people. It also highlights how the acceptance of a contested history is the first step in envisioning a shared future under the banner of reconciliation. Media release for launch of IMD: ICoM, May 18, 2017

Like most cultural institutions, museums have traditionally represented culture and heritage from a particular perspective — that of the society’s dominant groups. Women, ethnic and religious minorities, and members of various sub-cultures have tended to find our stories either absent, or told through a lens not our own.

Definitions of “culture” are themselves contested, and in fact I can remember a time in New Zealand when there was widespread popular debate about whether this country could be said to have “a culture” — and if so, of what it might consist.

In 1980, Kiwi band, The Knobz, released the song, Culture, in response to then Prime Minister Rob Muldoon’s assertion that pop music was not “culture.”

Thankfully, New Zealand, and the culture sector has moved on a bit.

I hope that this year’s Museum Appreciation Day theme will encourage both dialogue, and popular engagement with cultures, heritage and museums.

And ok: I’m trying to cover a few bases with this post:

Sarah at Art Expedition‘s celebration of the National Appreciation Days that take place in May. Please visit to see her creative responses to these Days. 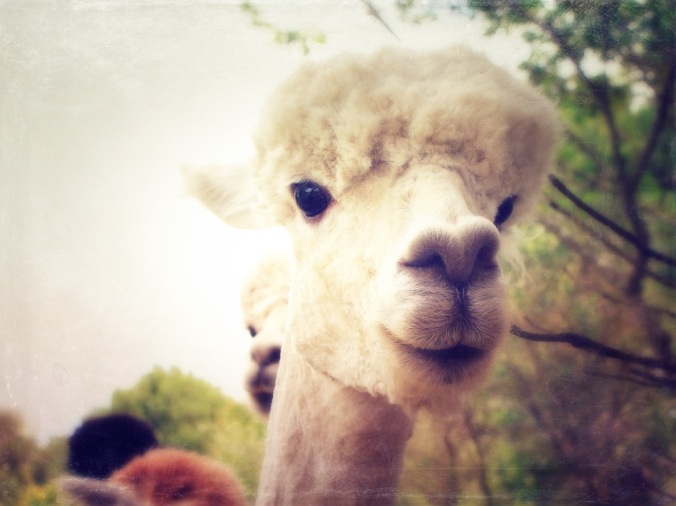 So there’s that thing, right? Where you go through life oblivious to stuff (like National Appreciation Days), until someone (my friend Sarah, over at Art Expedition) makes you aware of them.

Then of course, they’re everywhere.

Which is why you’re looking at a picture of an alpaca.

According to a post I saw on FaceBook (no eye-rolling please), in which a friend was tagged, today is National Alpaca Day. At least here in New Zealand it is.

According to the National Alpaca Association of New Zealand, “… Alpaca owners throughout New Zealand open their farms to the public to promote alpacas, alpaca fibre, and alpaca products.”

So if I get off my bum quickly enough, I can spend today overdosing on camelid* cuteness.

Since that’s unlikely to happen, here are some I prepared earlier. 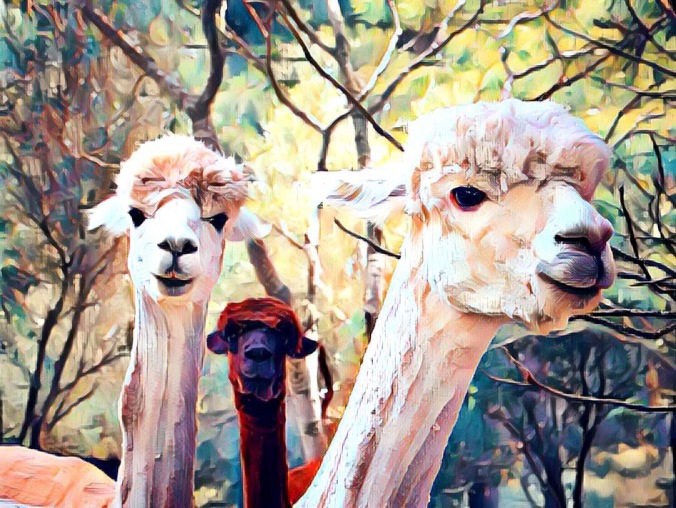 Sarah is doing a series of posts this month around the daily National Appreciation Days that take place in May. Please visit Art Expedition to see her clever drawings and paintings, and wonderfully creative posts. Since I don’t have Sarah’s skill with a paintbrush, I’ve enlisted the help of the Snapseed, Stackables and PhotoLab apps.

Not sure of the collective noun for alpacas? Image: Su Leslie, 2017. Edited with Snapseed and PhotoLab.

A song to play us out?

How Bizarre, by OMC (Otara Millionaires Club) was released in December 1995. It was hugely successful in New Zealand, and unusually for Kiwi music, also charted (in 1996) in a number of European countries, as well as Australia, Canada and the US.

I first heard this while driving on the M11 near Bishop’s Stortford.

For those of you who remember the song, does it evoke any memories for you?

May is NZ Music Month.

* Alpacas, like lhamas and camels, belong to the biological family Camelidae, the only currently living family in the suborder Tylopoda. Camelids are even-toed ungulates classified in the order Cetartiodactyla, along with pigs, hippopotamuses, whales, deer, giraffes, cattle, goats, antelope, and many others. So there! 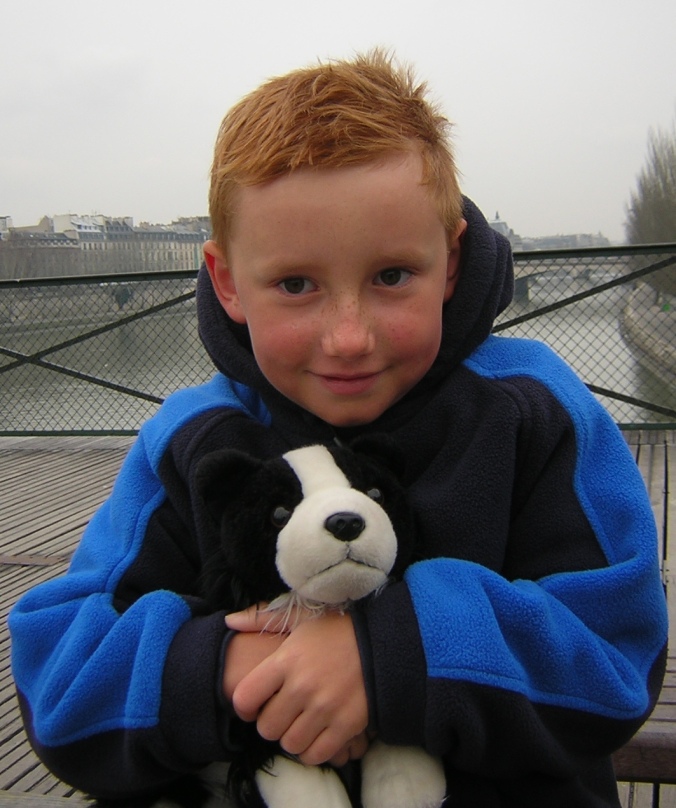 Sarah, over at Art Expedition, is doing a wonderfully creative series of posts this month around the daily National Appreciation Days that take place in May. I love the idea of this and thought I might be able to flavour a few of my own posts with acknowledgement of some of the things that are celebrated this month.

… I can’t think of cartoonists without remembering and celebrating New Zealand’s own Murray Ball, who died only a few weeks ago. He is known best here as the creator of Footrot Flats, a long-running comic strip series about life on a Kiwi farm seen through the eyes of a sheepdog.

A sheepdog remarkably like the one held by the boy-child above. 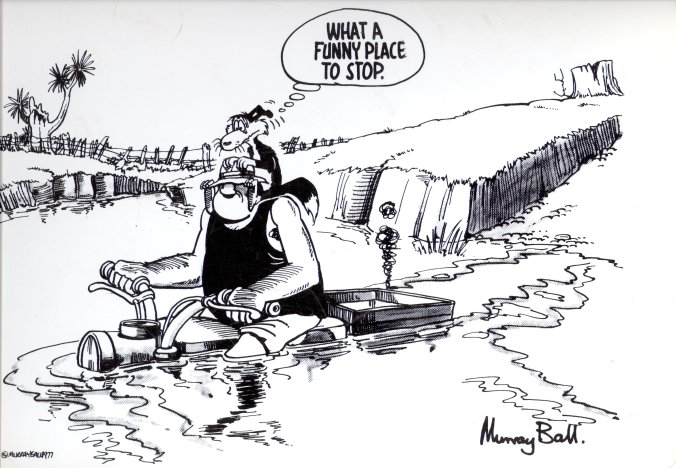 In 1986, Footrot Flats: The Dog’s Tale — an animated movie — was made, written by Murray Ball and fellow cartoonist Tom Scott.

The soundtrack from the movie, by Dave Dobbyn, contains a couple of songs that have become Kiwi classics, which neatly allows me to include a reference in this post to another May celebration —  NZ Music Month.

So allow me to play us out with Wal, Dog and Cheeky Hobson in Dave Dobbyn’s You Oughta Be In Love. 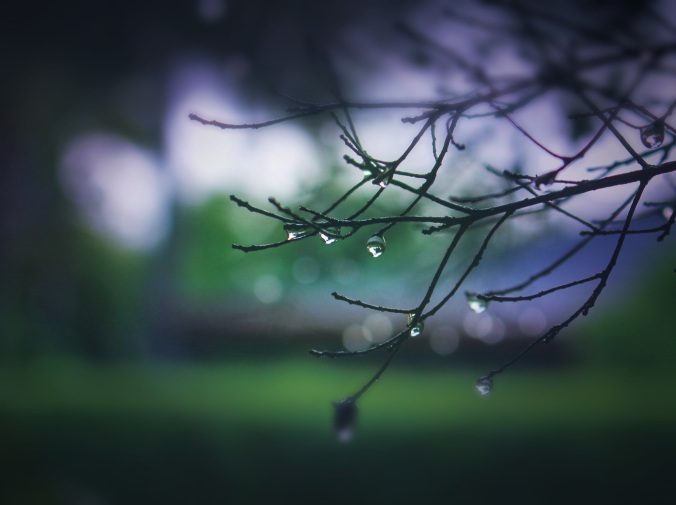 April is usually my favourite month, and I’m still not quite sure how I managed to let it pass in such a blur. It’s not as if I’ve been madly busy, or travelling, or … well anything really.

As the month that New Zealand suffered two huge storms that left whole communities cleaning up and counting the cost of floods and landslides.

The month that the Big T and I devoted much time and great care to our impromptu butterfly rescue project. With the last viable chrysalis now a shell, the wooden shelter has been deconstructed and we’re quietly congratulating ourselves that around 50 Monarch butterflies have emerged and flown away to their winter hibernation.

A month of staying close to home, of introspection and attention to detail.

A month where life feels alternately out of focus and strangely distorted.

A month I can best sum up in one image.

And since May is New Zealand Music Month, I’ll add this track — Run — from Shihad‘s 2002 Pacifier album

The Changing Seasons is a monthly challenge hosted by Cardinal Guzman. Please visit to see the Cardinal’s month, and find links to other participants. 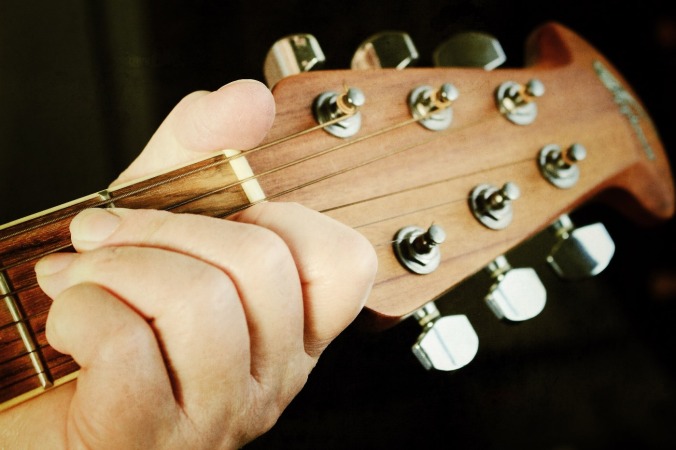 I’m late with this month’s The Changing Seasons post, and I think it’s because May is a month that passes largely unnoticed in my life. There are no birthdays to celebrate, no public holidays, no special events. The weather tends to be all over the place — warm and sunny one day; heavy rain the next.

It is New Zealand Music Month however (have I mentioned that here already?) and I have really enjoyed my daily trawl through the Kiwi music archives. I’ve found new songs and rediscovered some old favourites. I’ve been both elated and flayed raw by some of the memories that have been awoken.

I’ve even picked up my guitar, dug out the chord chart and some music, and thought about ways of creating time in my days to practice.

Here’s the song that inspired this desire to make music. If I ever sound this good —  I’ll let you know.

The Changing Seasons is a monthly challenge hosted by Cardinal Guzman. Please visit and see the Cardinal’s month, and find links to other participants. 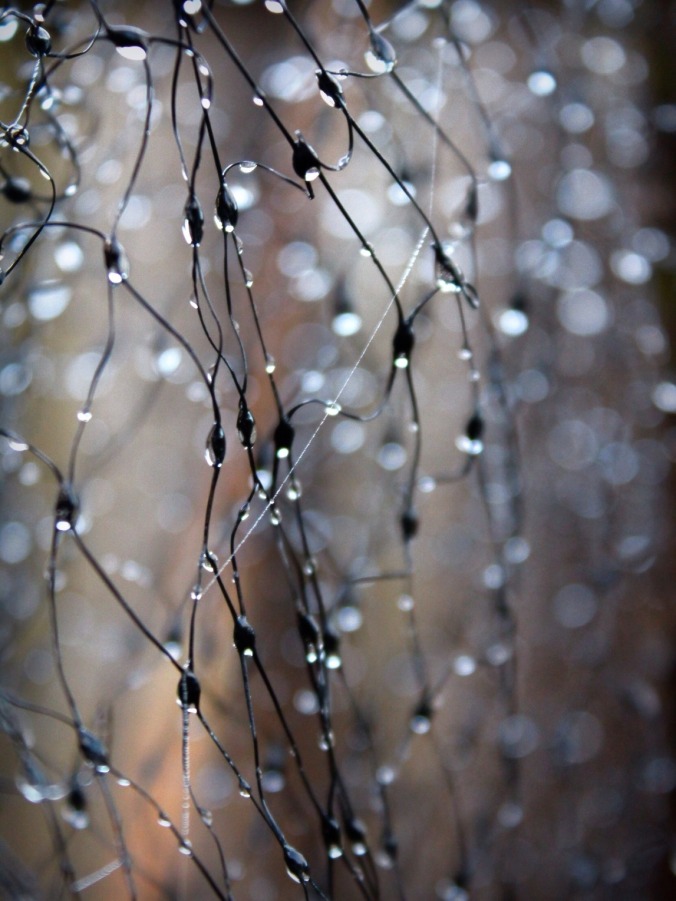 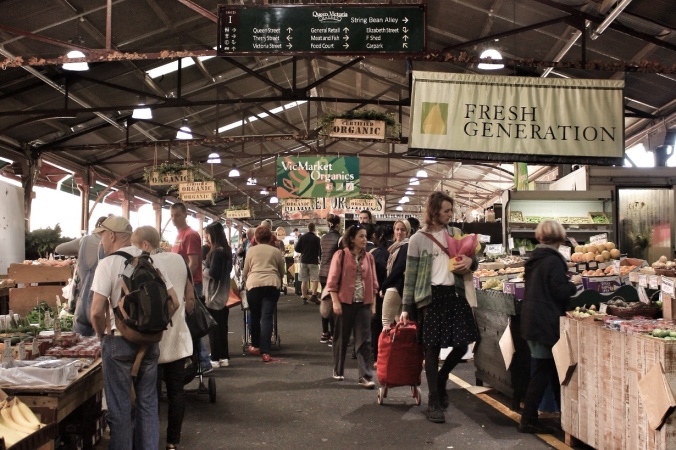 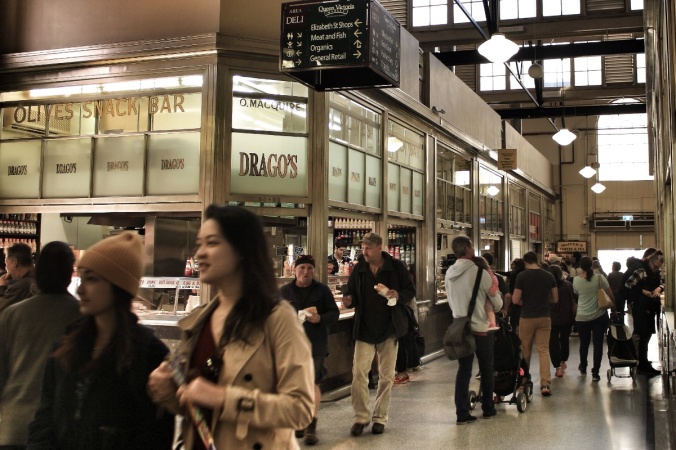 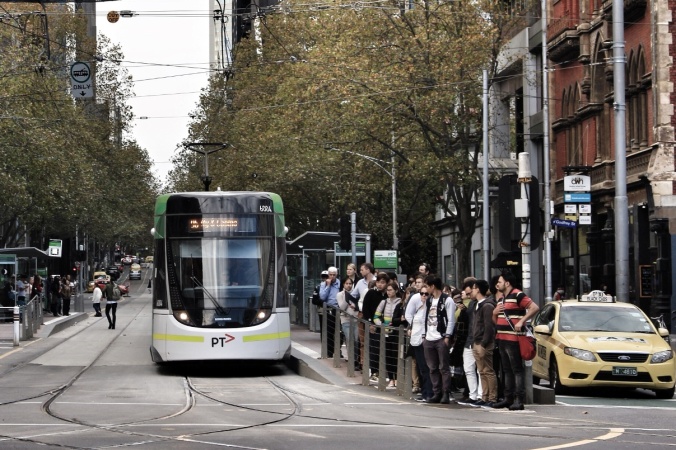 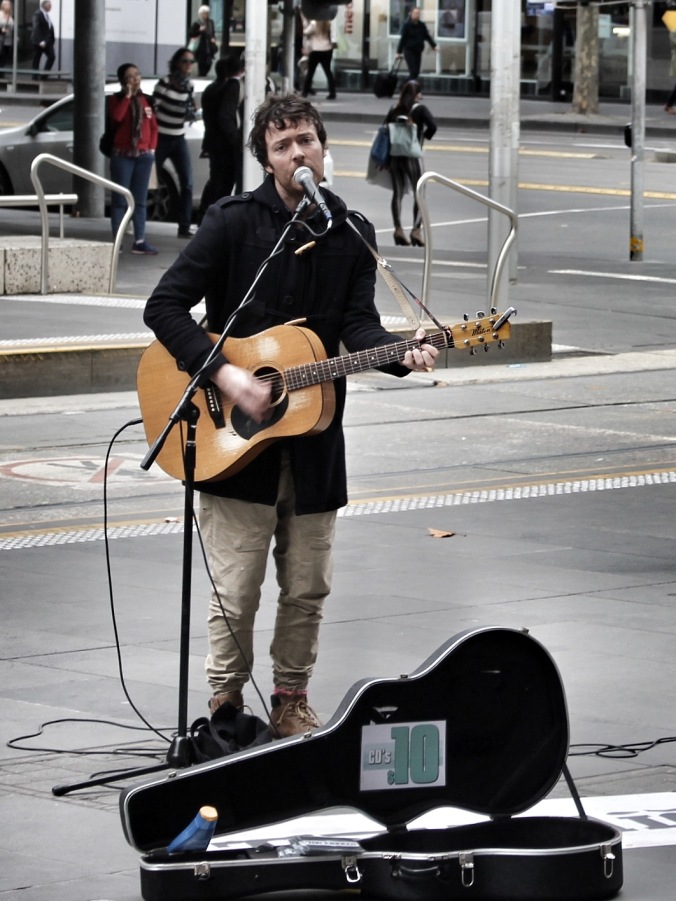 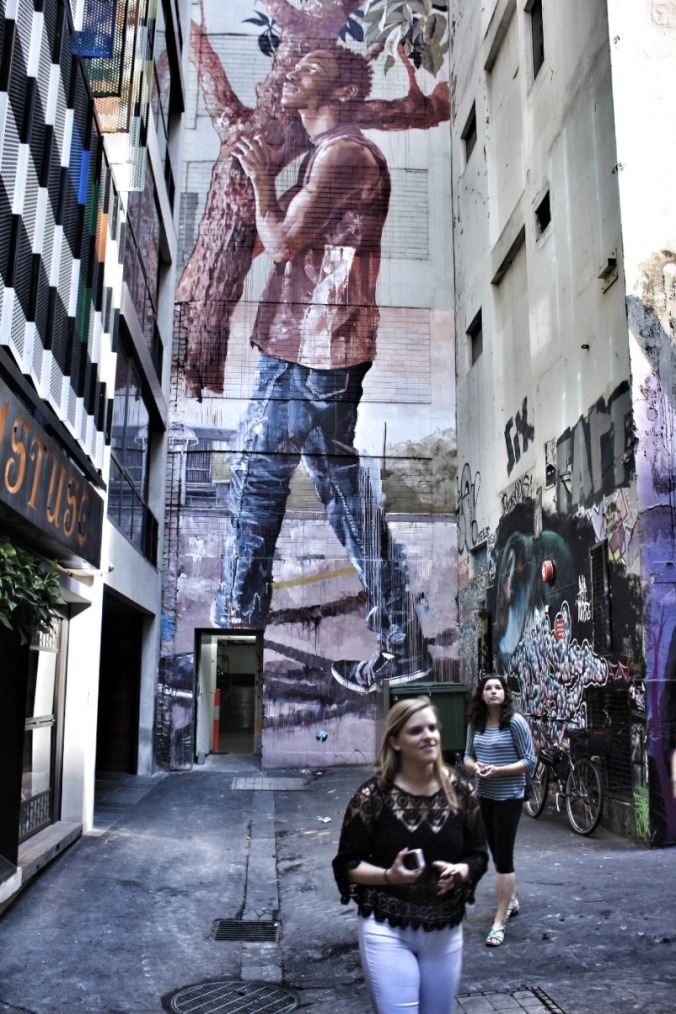 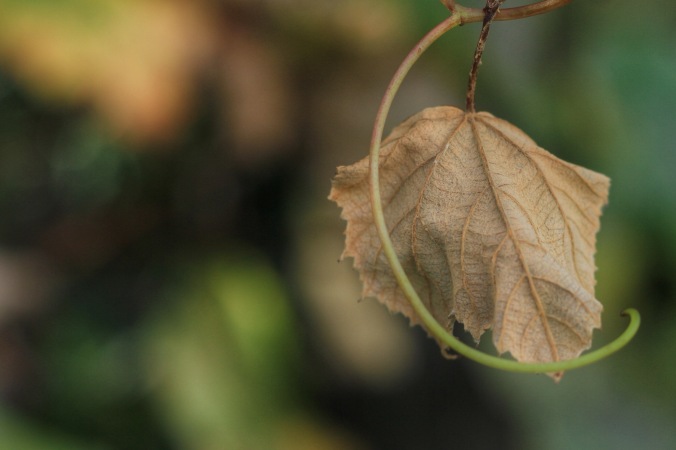 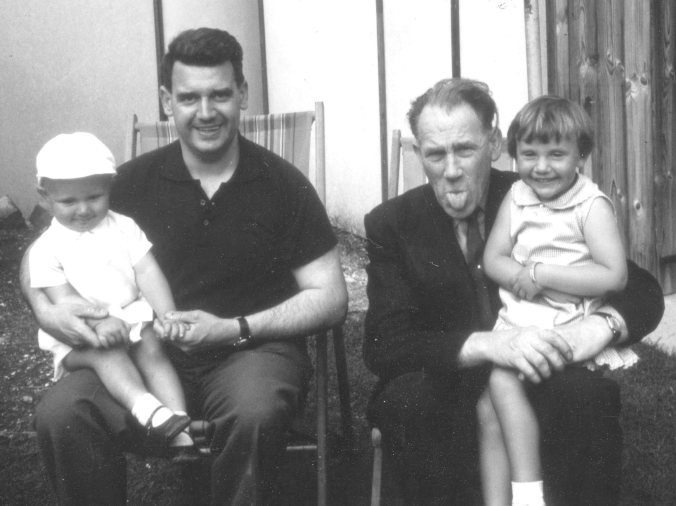 “The ones who made you, the ones who brought you here …” (SIX60, ‘Don’t Forget Your Roots’). Image: my dad and little brother, my beloved Uncle Tom and me, Carshalton, UK 1967. Leslie family archive. 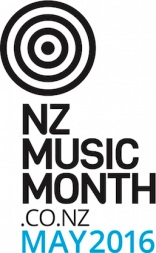 As part of my focus on NZ Music Month, I’ve discovered some new songs and artists, and been introduced to others by the boy-child.

I particularly liked this song by Dunedin band Six60.  As a family historian, I probably interpret the lyrics slightly differently to how writers Matiu Walters and James Fraser intended, but the key message is the same nonetheless.

As my son increasingly spreads his wings and flies with people outside our family circle, the importance of holding onto the thread of belonging seems more important to me than ever. 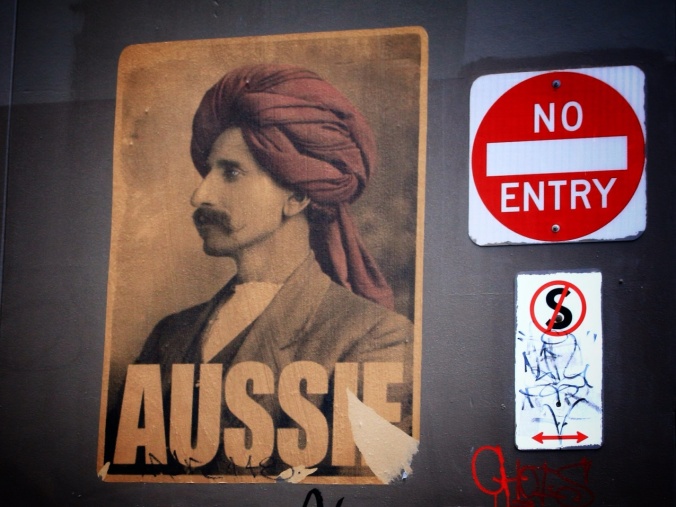 I saw this poster a few times around Melbourne, and learned that it is part of a campaign called What Makes a Real Aussie?

The aim is not only to highlight modern Australia’s ethnic diversity, but to remind people of a previous immigration policy (finally ended in the 1970s) which sought to exclude non-white Europeans from migrating to Australia.

It follows on from an earlier campaign around the issue of refugees, called Real Australians Say Welcome. Both were created by artist Peter Drew.

It seemed an appropriate image for the Daily Post Photo Challenge this week. Not only does it ask us to consider the faces that make up our nation(s), but is also a reminder that those of us secure in our homes, countries and citizenship need to face up to the terrible worldwide crisis brought about by others being denied these things.

According to UNHCR figures, nearly 60 million people world-wide are currently displaced from their homes, including almost 20 million refugees. Just over half of refugees are under 18. Instead of living as children — playing, learning, growing within the bonds of home and family — these young people are passing their formative years in conditions of extreme uncertainty, dislocation, poverty and danger.

Many countries are grappling with the enormous and complex issues created by displaced populations. Government policies are often divisive. In New Zealand, our government continues to accept a pitifully small number of refugees — all the while talking about the “cost”of resettlement and ignoring the economic and social good brought by accepting skilled, motivated and grateful refugees. This is also the same government that earlier this year spent at least $26 million on a referendum about changing our national flag (in which the majority voted for no change); and $36 million supporting our America’s Cup Challenge. Here’s an interesting piece about this from The Timaru Herald. 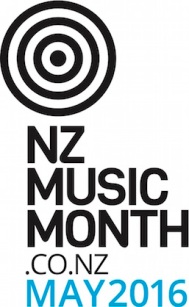 Meanwhile, many ordinary New Zealanders — like our cousins across the ditch — want to say “Welcome.”

Today’s NZ Music Month choice is Welcome Home, by Kiwi music legend Dave Dobbyn. Although it was written in 2005, before the current refugee crisis, the lyrics speak even more clearly now.