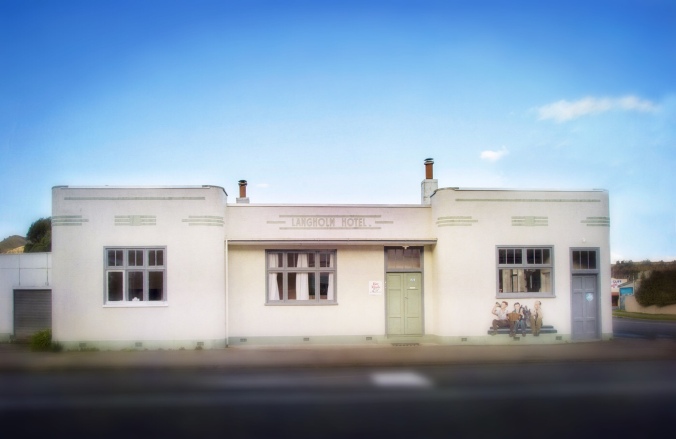 No place more I’d like to bring you than
this one-pub town
approached in low gear down
the gorges through the hills.

Now they’ve built the bypass
the drinkers left are locals
& odd commercial travellers.
Quiet afternoons like this you hear the falls.

On the post office corner
a blue flag floats. I bought
a hot meat pie at the store
a new harmonica.

A public bar drinker
tells me what I want to hear.
I play for him later
songs on my harmonica.

We know each other now
I buy my round of beers,
I catch up on the news
in small-town public bars.

They ask me why I travel
and never settle down
I lose two games of pool
and hitchhike out of town.

Mangaweka is a tiny place, home to around two hundred people these days. There is a school, a post office, an art gallery and a cafe, but seldom have these been open as I’ve travelled through.

State Highway One runs parallel to the main street (Broadway). The buildings are old; mostly single-storey timber shops and service buildings. Husks of a once thriving town.

It is a strangely beautiful place; a little slice of the New Zealand Sam Hunt was writing about in 1971, and which I remember from a road-trip in about 1980. Our reason for going was to see the old Mangaweka Viaduct before it was pulled down; having been replaced with a new section of rail line through slightly less unstable land.

Even then, it was as if Mangaweka was defined by loss.

Post Office, hairdresser and perhaps a shop. I’m not sure as it never seems to be open. Image: Su Leslie 2019

Two years after Hunt’s poem was published his friend, artist Robin White, painted one of the town’s buildings. 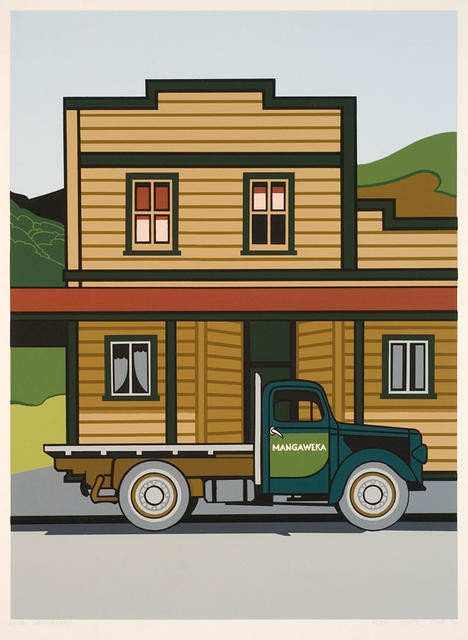 Every now and then, buildings in Mangaweka come up for sale. The latest is the old Bank of New Zealand. I mentioned it to the Big T and we looked at the online real estate listing. He was excited. I wish I could be, but I’m struggling to share his optimism that the town’s fortunes will turn (at least in a time-frame that would work for us).

That’s because last week I drove through a lot of small New Zealand towns that are struggling; unable to provide sufficient jobs for young people or compete with online retailers and the chain stores in larger towns. Throw in a raft of government regulations requiring expensive earthquake strengthening of many older buildings, and the outlook seems a bit grim. 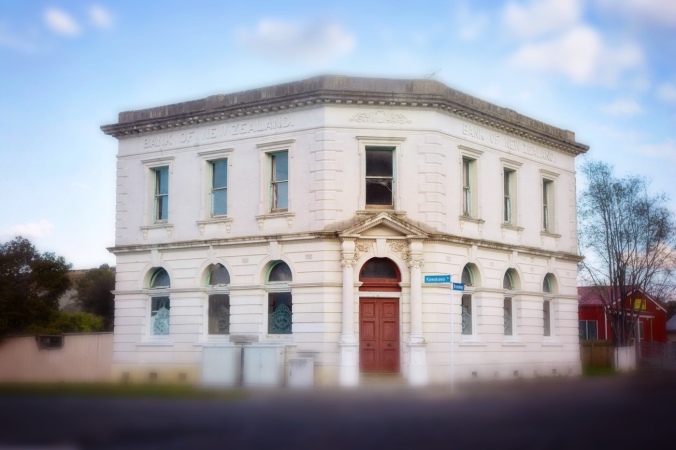 For such a tiny place, Mangaweka has captured the imagination of many; including me. Each time I set off to visit my dad, I secretly hope for signs of new life in the town; a reason to stop and do more than feel nostalgic for a New Zealand that I fear will disappear.

There is something about old, derelict or abandoned buildings that seems to attract photographers’ attention.

It doesn’t seem to matter if the building has no architectural merit. Places that were once filled with the everyday hum of life, or the fizz and pop of special events, seem to carry a special melancholy vibration when they are abandoned. Buildings are the vessels for so much human emotion, it’s not surprising we leave something behind when we abandon them.

This post was written for Sally D’s Mobile Photography Challenge at Lens and Pens by Sally.